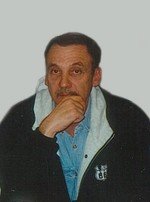 Please share a memory of Dennis to include in a keepsake book for family and friends.
View Tribute Book
Mr. Dennis Vaudrin of Killam, AB formerly of Edmonton passed away suddenly after a short courageous battle with cancer at the Daysland Hospital, Daysland, AB at the age of 62 years. Dennis will be lovingly remembered by his wife Jean; four children Jason (Krystine) Vaudrin of Whitecourt, AB, Jenny (Willie) Torgerson of Red Deer, Chad (Sherri) Vaudrin of Edmonton and Dallas (Nicole) Vaudrin of Edmonton; four grandchildren Jordyn, Jayden, Annabelle and Parker, and one great-grandson Carson. Dennis is also survived by a large extended family and numerous friends. Memorial Mass will be held at 11:00 a.m., Monday, July 28, 2008 from St. Francis Xavier Roman Catholic Church, Camrose (5010-48A Avenue) with Rev. Eduardo Escober as celebrant. Inurnment will follow at a later date. Memorial Donations may be ade in memory of Dennis to any Cancer Research Facility.

A Memorial Tree was planted for Dennis
We are deeply sorry for your loss ~ the staff at Burgar Funeral Home Camrose Ltd.
Join in honoring their life - plant a memorial tree
Online Memory & Photo Sharing Event
Online Event
About this Event

Share Your Memory of
Dennis
Upload Your Memory View All Memories
Be the first to upload a memory!
Share A Memory
Plant a Tree