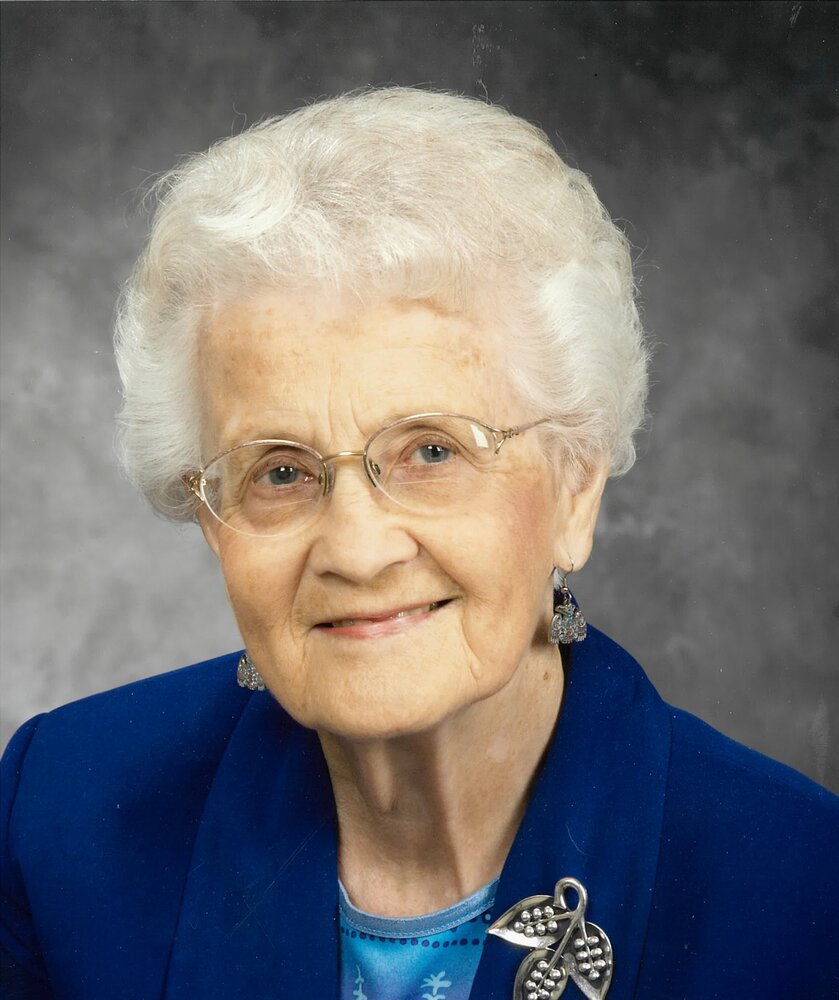 Gunhild Anna Berke was born in Norway on December 10, 1926. She passed away peacefully in Camrose on December 21, 2022 at the age of ninety-six.

At the age of one, she travelled from Norway to Canada and grew up on the Fjalestad family farm near Bawlf. Her family included two older sisters and one younger brother.

After completing high school, she went to university and became a teacher. She taught for twenty-three years in seven different schools between the late 1940’s and 1979. She also served at her church in each community where she lived. Gunhild gave generously of her time throughout her life helping others in various ways.

Gunhild enjoyed several sports. While at the University of Alberta, she played on the women’s softball team. She also enjoyed curling. During her fifties she took up downhill skiing and skied until after her seventieth birthday.

In 1952, Gunhild married Howard. They lived in Kavanagh, New Norway, Ryley and Camrose. Howard passed away in 1988. After moving from her home in 2010, she lived at Deer Meadows and Seasons in Camrose.

Gunhild had many friends. She will be missed greatly by her family and those close to her for her love, kindness and wisdom. While her words were usually not many, they were impactful.

If family and friends so desire, memorial contributions in Gunhild's memory may be made to Messiah Lutheran Church.

Share Your Memory of
Gunhild
Upload Your Memory View All Memories
Be the first to upload a memory!
Share A Memory
Plant a Tree