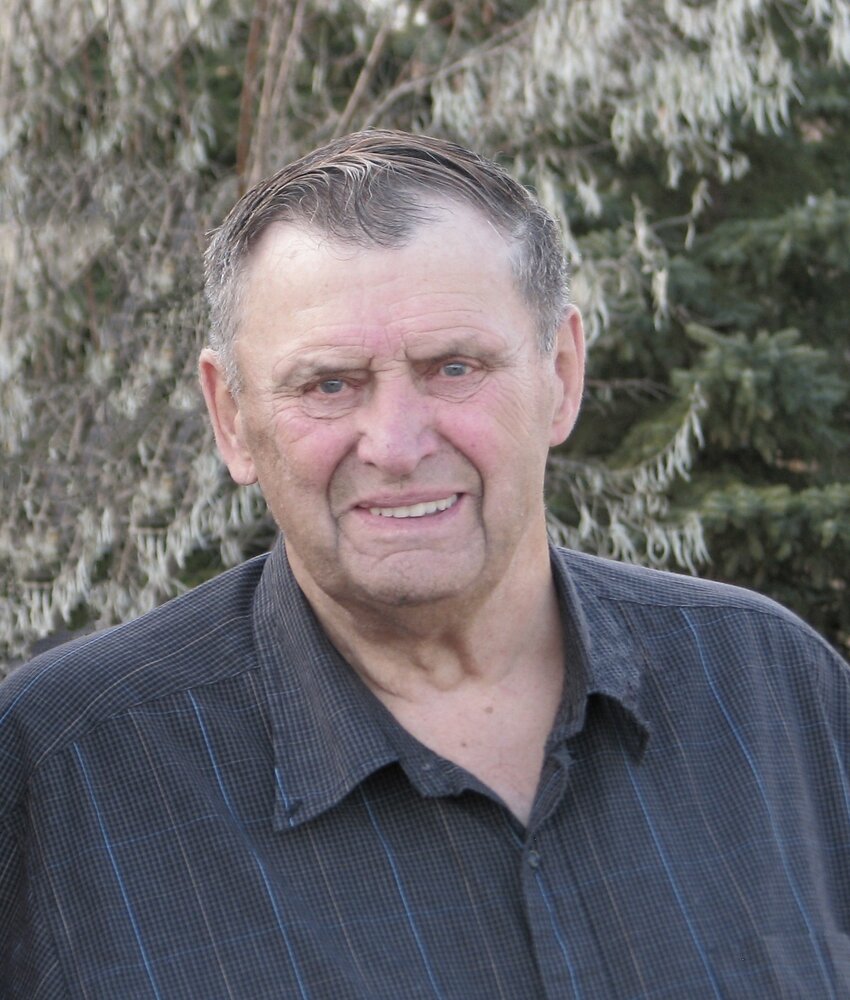 Donald "Don" Mathias Zimmer of Daysland, Alberta, formerly of Spring Lake, passed away on Monday, December 12, 2022 at the age of 88 years.

Donald (Donnie) Zimmer was born to George and Theresa (Wolbeck) Zimmer on July 10, 1934 on their family farm. He grew up as the eldest of ten children and on November 7, 1956 married Nellie Orr. To this union six children were born and they lived on Uncle Matt Zimmer’s farm, right across the road from his parents.

Times were tough, but they persevered with a mixed farming operation. In 1973, a dairy barn was built and they started shipping milk in 1974. The milk cows were sold in 2008 and he continued farming, raising grain and cattle with the help of his sons.

After his health started to fail, they moved into Providence Place in Daysland in April 2017. This was very upsetting to Donnie at first, but he soon settled in. His health was up and down for several years; he had many lives and he fought so hard to stay with us! On November 6, 2022 Donnie ended up in hospital for a week, but was never able to recover. His final wishes were granted as he passed away peacefully in his home on December 12, 2022, with his wife and family at his bedside.
Donnie’s greatest joys were his grandchildren and great-grandchildren, and they adored him. He loved to tease everyone; his family, his friends and eventually his caregivers.  It was his way of showing his love and appreciation to all.

A Funeral Mass was held at 11:00 a.m., Monday, December 19, 2022, from Our Lady of the Prairies Roman Catholic Church, Daysland, AB with Father Danial DSouza as the celebrant.

If family and friends so desire, memorial contributions in Don's memory may be made to the Stollery Children's Hospital, Canadian Blind Hockey, or to Providence Place, Daysland.