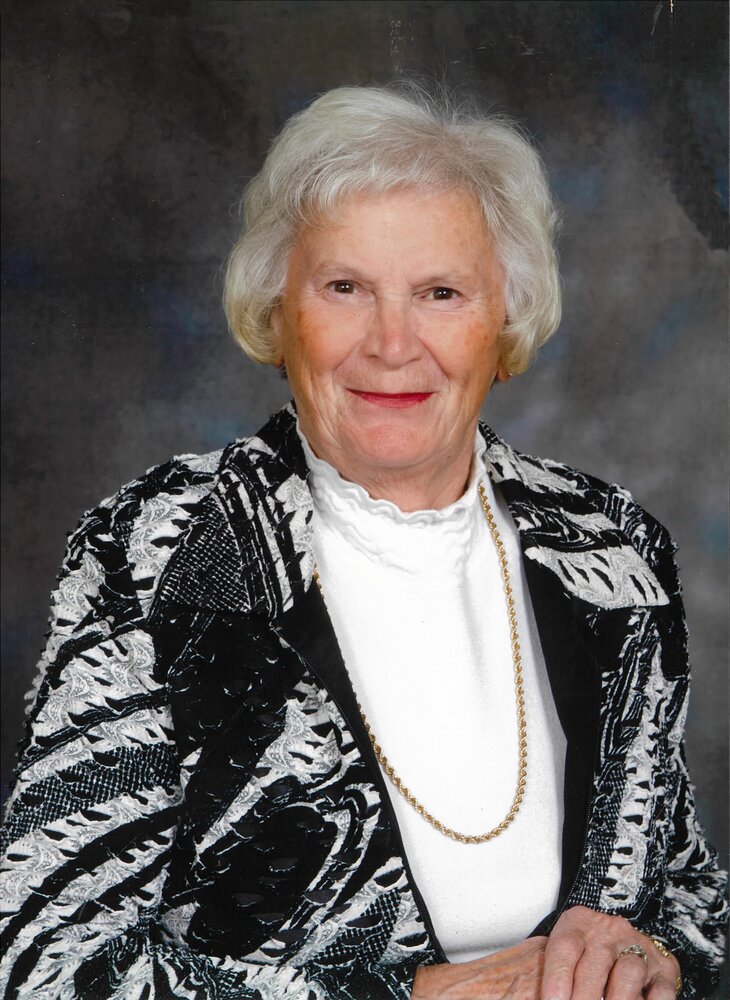 Josie Jordan, a devoted wife, mother, grandmother and great-grandmother of Camrose, AB, passed away on October 21, 2022, at St. Mary’s Hospital.
Josie is survived by her two children, Marty (Lisa) Jordan and Verna (Rob) Sand; her grandchildren, Jordan (Amy-Ann), Jared (Baileigh), Brittany (Michael), Rachel (Adrian) and Jenna (Ethan); and her great-grandchildren, George and Ricky Sand.
Josie was predeceased by her loving husband Martin Jordan, her mother Maria Kirar, and her brother Ivan Kirar.
Josie was born in Zavinek, Slovenia, former Yugoslavia, on March 19, 1936, to Maria Kirar. Josie escaped the communist Yugoslavia in the same group as Martin Jordan. They were married in Austria in 1958 and immigrated to Canada in 1959. They came to Canada and began a new life together. Alongside her husband, Josie ran Jordan Construction and M&N Homes while raising the family. Once her family grew up and had their own families, she had the privilege of welcoming five grandchildren and two great-grandchildren into this world.
Josie was a hard-working businesswoman with core values of family and faith. Josie was happiest when surrounded by her family. She was involved in the Catholic Women’s league and participated in many church activities. She loved to spend time outside with her family, partaking in activities such as gardening, hunting, fishing and camping. Josie and Martin had the privilege of travelling to many beautiful places, as well as many trips home to Slovenia to visit family and friends. Josie was known for her outstanding cooking skills, and no one was able to leave her house hungry. Josie will be forever missed by her family.

Left to cherish her memory are her children Martin (Lisa) Jordan of Braim, and Verna (Rob) Sand of Camrose; five grandchildren; and two great-grandchildren.

A Funeral Mass was held at 11:00 a.m., Saturday,  October 29, 2022 from the St. Francis Xavier Roman Catholic Church, 3605 50 St Camrose, with Father Kris Schmidt as celebrant.  The service was livestreamed, recorded, and accessible at the following link: https://stfxcamrose.caedm.ca/.  Interment took place in the Camrose Valleyview Cemetery following the service.

If family and friends so desire, memorial contributions in Josie's memory may be made to the  Cross Cancer Institute or to St. Mary's Hospital Auxiliary.

Share Your Memory of
Josie
Upload Your Memory View All Memories
Be the first to upload a memory!
Share A Memory
Plant a Tree