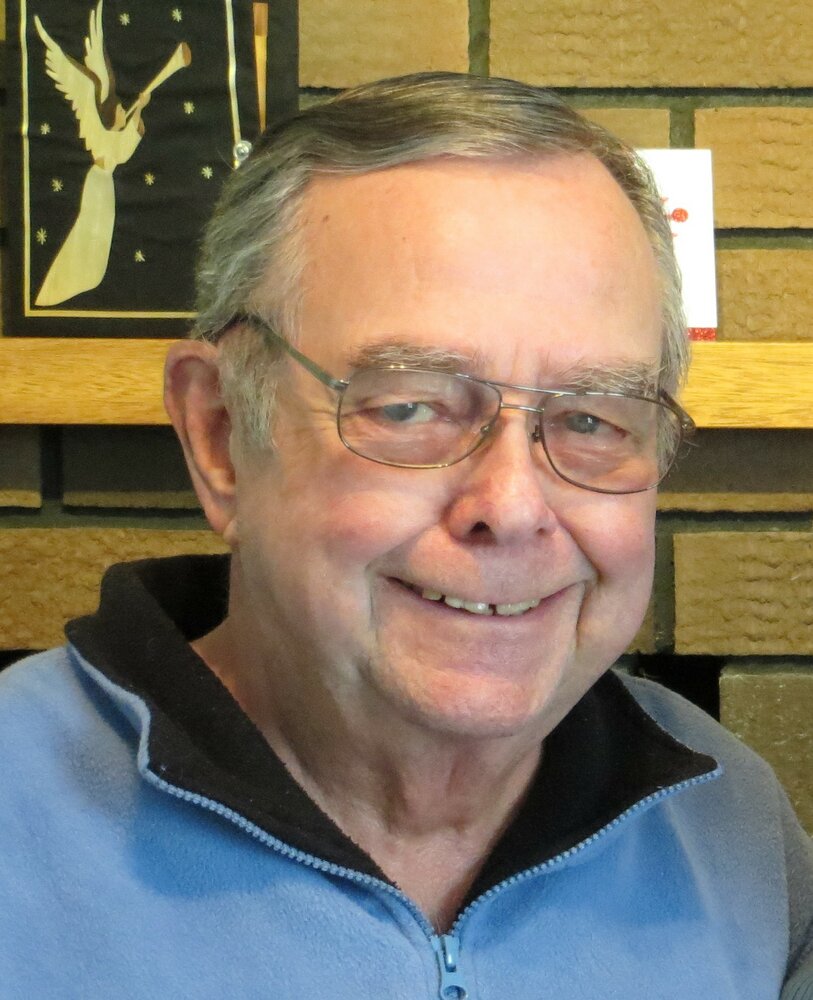 James “Jim” Neff was born in 1934 to Newton and Mabel Harne Neff.  After graduating from high school, he went on to earn a Bachelor of Music degree from Concordia College, Moorhead, MN in 1956, the same year he married the love of his life, Jo Ann. To this union were born four children: Lois, Mary, Stephen, and Paul.

In 1958 he received a Master of Arts degree from the University of Denver. Following that were doctoral studies at the University of Iowa. He taught senior high school music in Illinois and Minnesota, then, in 1959, the family moved to Camrose, AB where James taught music theory, composition, conducting, and history at Camrose Lutheran College, later, Augustana University College. During his tenure at Augustana, he served in many roles, highlighted by 15 years as Director of the Augustana Choir and later, 9 years as Academic Dean. Jim was dedicated to his profession at Augustana and garnered the trust and respect of his colleagues as well as hundreds of students over his career. Many of his former students have attested to his profound influence on their own intellectual and spiritual development, particularly as members of his choral ensembles. Jim lived out his strong Christian faith in many ways and is perhaps most eloquently evident in his many sacred choral compositions, 17 of which were published by Augsburg, Schmitt, Hall, McCreary, Mercury, and Cyprus. He also wrote instrumental music and secular choral works. A true visionary, Jim established Augustana’s formalized program of undergraduate music study and established the Augustana community conservatory of music, setting both post-secondary and conservatory programs on a firm foundation which continues to this day. After 33 years of dedicated service, Jim retired in 1993.

Jim, along with Jo Ann, were very active members of Bethel Lutheran Church, after a time at Messiah Lutheran Church. Over the years at Bethel, Jim conducted several church choirs, regularly served as assisting minister and cantor, and served as Council Chair for several years.

Jim loved his family, music, reading, hunting and fishing, growing roses, gardening and watching the Blue Jays. He was a devoted and loving husband, father and grandfather and great-grandfather. He was loved deeply by many and will be greatly missed.