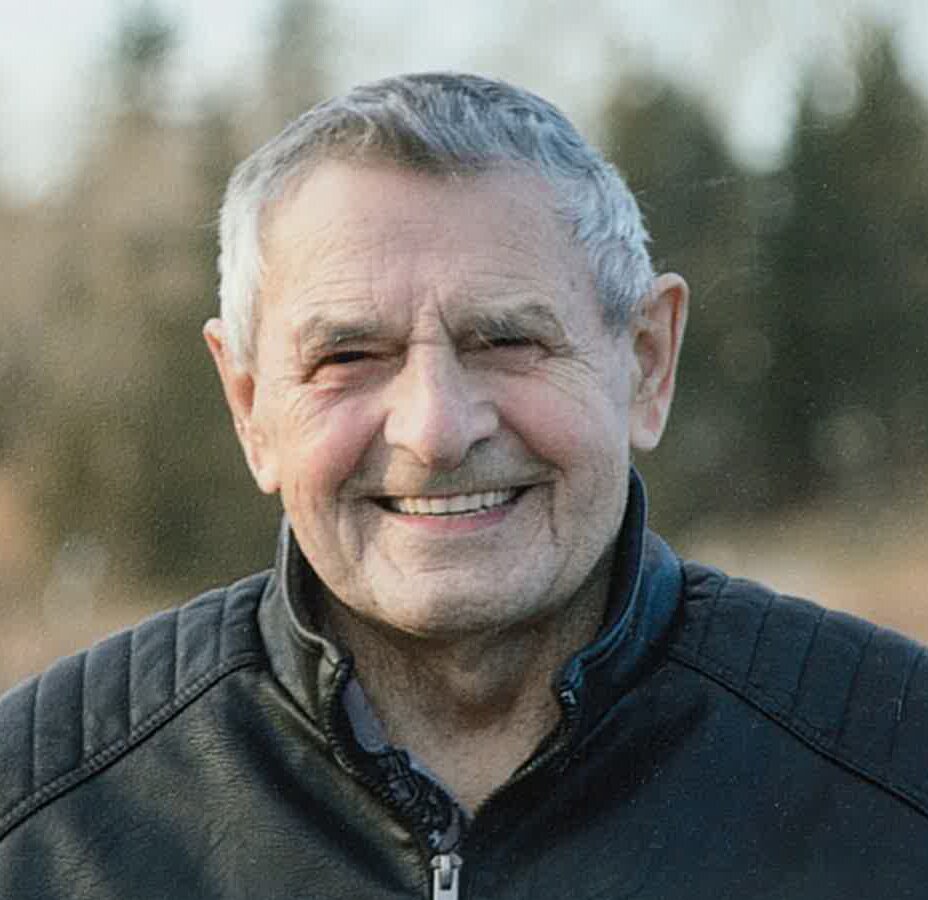 Laurent was born to Ernest and Claudia Cantin in Lafleche, Saskatchewan where he grew up on the family farm. He was the oldest of five children. Lorne left school to start working on the farm in the area. At age eighteen, Lorne left for Vancouver Island to look for work. Lorne ended up working in a coal mine for a bit but didn’t like working underground. Lorne then went back to Saskatchewan where he met Margaret Buckosky at age 21. They were married in 1956. Lorne was a meat manager in Limerick, Saskatchewan. Then their daughter Beverly was born in 1957. A year later Lorne decided to take his wife and daughter back to Vancouver Island to a place called Honeymoon Bay where Lorne worked in the mill.

In 1963, Lorne and Margaret had another daughter named Sherrilee. Shortly after their second daughter was born, Lorne and his wife and two daughters moved to the Cloverdale, British Columbia area where they lived on a turkey farm for many years, raising not only turkeys but a little bit of everything. Lorne loved the farm life. After the farm, Lorne and his family moved a few more times in the Cloverdale area until Lorne decided it was time to move on and Alberta is where they decided to go. In 1976 they moved to Hinton, Alberta where Lorne worked for the Town of Hinton. A year later they moved to Drayton Valley for a year while Lorne worked as a janitor for the school. Then it was on to Sedgewick, where Lorne and Margaret had a contract for cleaning the school. They also ran a café for a short time as well. Then they were on the move again, this time in Wetaskiwin where they managed an apartment for a year. Finally, they moved to Camrose where they had contracts for janitorial services. Once again Lorne and Margaret moved to a farm outside of Camrose where Lorne was able to live his dream of farming with the animals and have his awesome garage sales. Lorne stayed for his remaining years in Camrose.

Lorne lost his wife Margaret in 2007 and he felt very lost and devastated. A few years later Lorne got together with his longtime friend Rose whom he later married. They both did some travelling in their retirement years until Rose ended up going into a home with dementia. Again, Lorne was lost and lonely. Lorne settled in at Deer Meadows Lodge and remained there until his passing.

Lorne was predeceased by his first wife Margaret; his parents Ernest and Claudia, and his brother Paul.

In lieu of flowers, if family and friends so desire, memorial contributions in Laurent’s memory may be made to the Heart and Stroke Foundation, or to Crohn's and Colitis Canada.

The Family will be having a Celebration of Life

Share Your Memory of
Laurent
Upload Your Memory View All Memories
Be the first to upload a memory!
Share A Memory
Plant a Tree