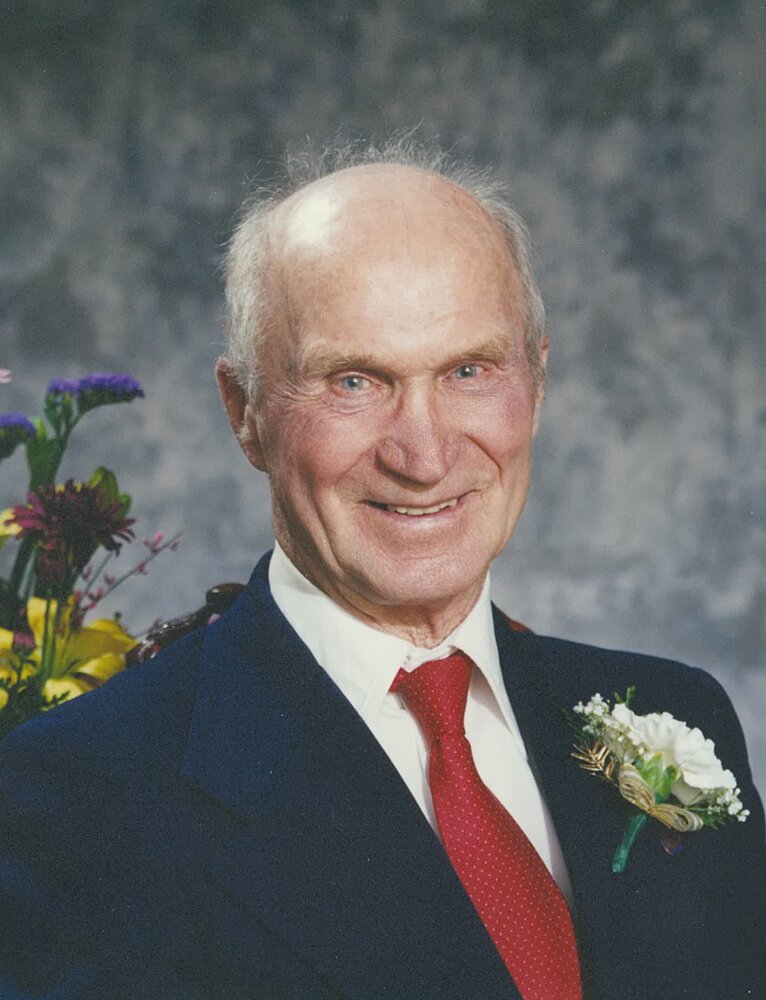 Please share a memory of Ronald to include in a keepsake book for family and friends.
View Tribute Book

Ronald Victor Barnes of Camrose, Alberta, formerly of Bittern Lake, passed away on Sunday, June 5, 2022 at the age of 96 years.

It is with a heavy, but full heart that we say goodbye to our beloved husband, father, grandpa and great-grandpa, our hero, Ronald Victor Barnes.

Ron was predeceased by his parents, two brothers, and three sisters.

Ron was born in Vancouver, B.C., and enlisted in the Navy during WWII at the age of 16 years. His troop was one of the first to land on the beaches of Normandy. After the war, Ron enlisted in the Army for four years, and later in the Air Force for another three years.

Once back to civilian life, Ron met and married Shirley. In later years, Ron and Shirley moved to the farm where they enjoyed country life for 46 years until 2021.

Dad would do anything to provide for and protect his family, and he always made us feel safe. A hard worker, Dad could do and fix anything... a "jack-of-all-trades." He was our hero who fibbed about his age to get into the war and fight so that his children, grandchildren, and great-grandchildren could live in a free country. How proud we all were of this.

"Grief is the last act of love. We have to give to those we loved. Where there is deep grief, there is great love." - Queen Elizabeth II

A special thank you to the staff at Bethany Meadows Memory Lane for their kindness and care.

If family and friends so desire, memorial contributions in Ronald's memory may be made to Camrose Royal Canadian Legion Branch No. 57.

Share Your Memory of
Ronald
Upload Your Memory View All Memories
Be the first to upload a memory!
Share A Memory
Plant a Tree