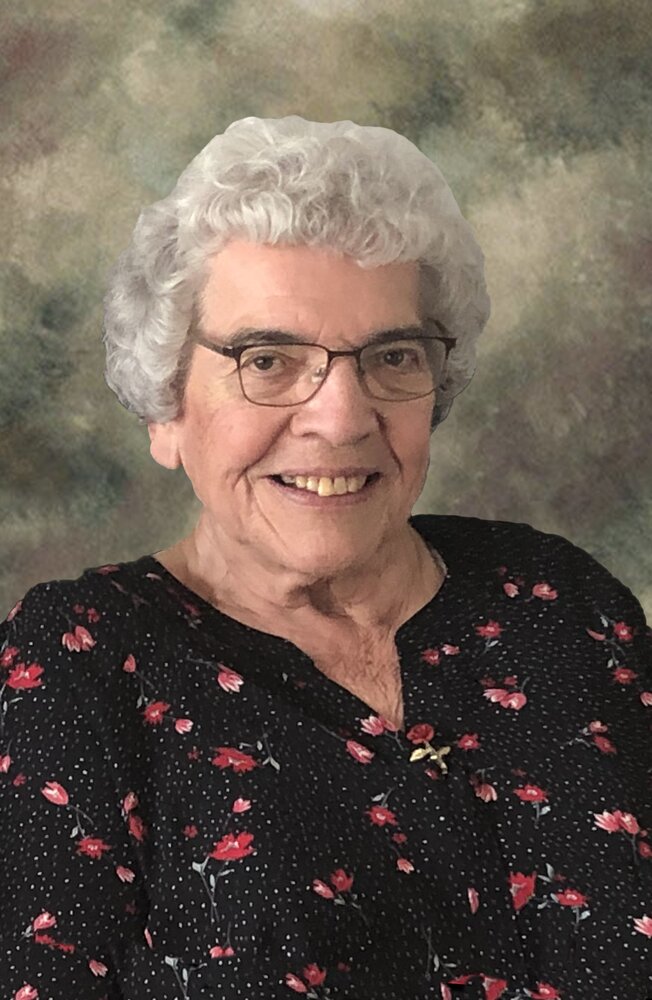 Please share a memory of Doreen to include in a keepsake book for family and friends.
View Tribute Book

Doreen Marie Wancho of Camrose, Alberta, formerly of Ohaton, passed away on Wednesday, April 20, 2022 at the age of 80 years.

Doreen was born in Camrose to Anne and Frank Galenza, the eldest of seven children.  She lived in Camrose and started school there until moving to the Shelburne District, where she completed her schooling in Shelburne and Bawlf Schools.

Doreen married Ken Wancho on May 14, 1960 and to this union three children were born, Audrey, Rosalie and Michael.  They lived on the Wancho family farm until they moved to Camrose in 2020.

Doreen was a gentle and giving woman of deep faith.  She had a great love of gardening, sewing and baking.  For many years she was involved with the Round Hill Ag Society and enjoyed participating in the Bench Show where she won many top awards.

She will forever be in the hearts of her husband, Ken; children Audrey (Dale) Myers, Rosalie Garnett, and Michael (Janet).  She is survived by eight grandchildren; thirteen great-grandchildren; four sisters; one brother; one aunt; and numerous nieces, nephews and friends.  Family was of utmost importance to Doreen; her grandchildren and children were the light of her life and brought her much love and joy.

She was predeceased by her parents; son-in-law Robert; brother Dan; brothers-in-law John and Wayne; and two infant brothers.

If family and friends so desire, memorial contributions in Doreen's memory may be made to Canadian Cancer Society as well as a charity of one's choice.