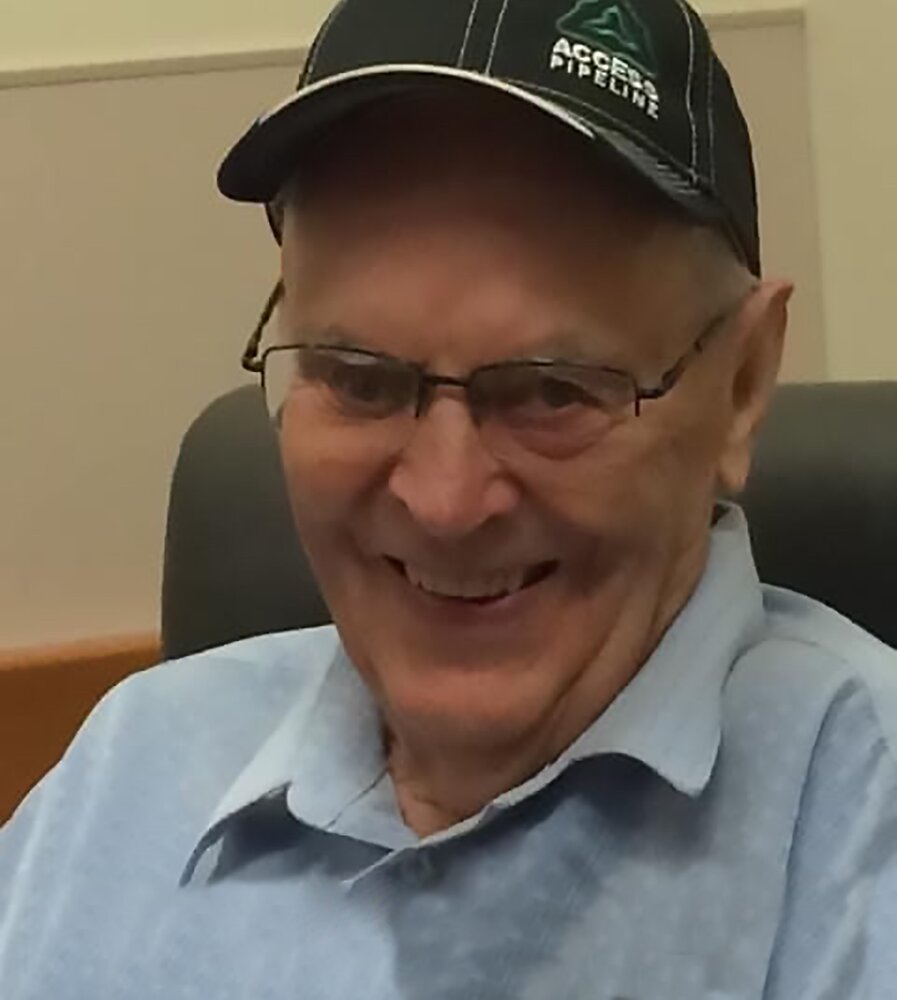 Please share a memory of Dewey to include in a keepsake book for family and friends.
View Tribute Book

He was born Dec. 27, 1925 near Ferintosh, Alberta on the family farm, the middle child of Garfield and Lola Holt. He attended Poplar Bluff School for his elementary years and then Wetaskiwin High School. He was married to Eunice Tennis, his high school sweetheart and best friend, on July 6, 1948. They lived on the Jim Lock farm until May of 1950 and then purchased the Bjorgren farm across the road, where they would enjoy fine views for many decades.

Eunice and Dewey farmed together, raised their daughter Kathy and took her on many adventures, extended hospitality, and enjoyed annual vacations in the RV and travelling - particularly after semi-retirement. Their vacation property, however, was a woodland cabin on the back 40 where they enjoyed many picnics and cowboy coffees with friends and family. Dewey enjoyed going back to his farm to stay over, as he kept the “home place” as long as he possibly could and lived there for a few summers while in his 90s. He continued to garden, growing lots of potatoes and sky-high sunflowers. Dewey loved the outdoors: fishing, hunting, and – back in the day – “ski-dooing” (this translated to scootering in his later years). He was a big fan of animals (especially his final cat, Perky), birds, and trees. Dewey used to make a remarkable fresh oyster soup at Christmas. He loved garden tomatoes, popped gallons of popcorn in his lifetime, and was happy to help with pickles. He enjoyed old-time music and the hymns that he and Eunice spent their lives singing.

Dewey outlived his closest friends more than once but kept making new ones. He was a real talker and had a wealth of stories, both hilarious and tragic, that he was happy to share with anyone. Once when travelling in Alaska, he discovered that the guy he was chatting to in a washroom was a distant relative. He felt things deeply, was troubled by injustice, and frequently played the spoons with the band at the farmers’ market. His faith was important to him, and he maintained his connection to his rural home church, Calvary Lutheran, throughout his lifetime.

A Celebration of Life was held Wednesday, May 25, 2022, at the Calvary Lutheran Church.

If friends and family so desire, memorial contributions in Dewey's name, are gratefully accepted to the Canadian Lutheran World Relief - Ukraine Emergency Appeal, or to the Calvary Lutheran Church - Svea Cemetery Fund.