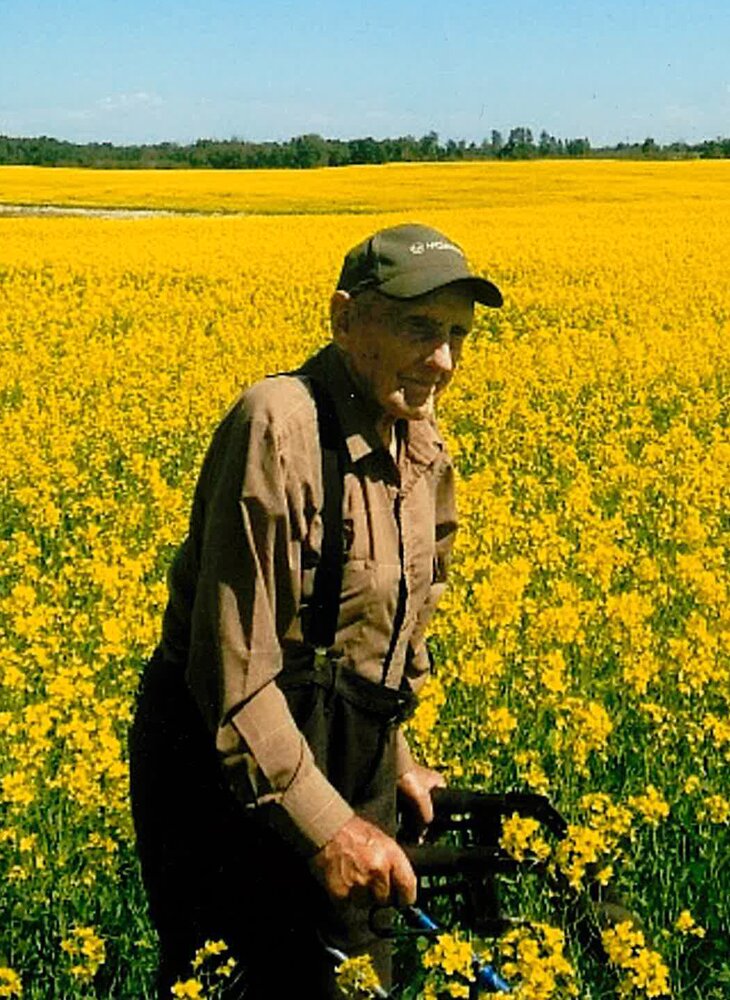 Please share a memory of Freeman to include in a keepsake book for family and friends.
View Tribute Book

Freeman Douglas Lofgren passed away on Sunday, February 27th, 2022 at the age of 101 years. Freeman was born November 28th, 1920 to Harry and Ann Lofgren of Gwynne, Alberta and was one of seven children.

He met Rose Peck while she was teaching at the Nashville School in Gwynne. Freeman and Rose were married in July 1942 in Vancouver, BC. They were married for 71 years, until Rose’s passing in 2013.

Freeman’s lifelong career was one of many talents and occupations - working with his brother Ken in construction in Vancouver and Chilliwack, BC in the 1940’s; and again working in the mills in Nelson, BC in the 1940’s. Returning to Alberta, he built three family homes, all of which are still standing and occupied. The first in Duhamel, the second home in Camrose on 56th Street built in 1954; and the present home at Barlee Junction, just north of Camrose, built in 1972.

With a lifelong career in agriculture, Freeman was a registered livestock dealer and truck driver. As one who was fond of hard work, he was actively self-employed into his 80’s, despite suffering two life threatening heart attacks at age 40, and again at age 48.

He is survived by his son Padget Lofgren of Edmonton; sister Phyllis Olson of Wetaskiwin AB, and brother Bob Lofgren of St. Catherine’s ON. He was predeceased by his wife Rose, son Douglas and daughter-in-law Betty.

Because of the pandemic, a private grave-side service has been held.

If family and friends so desire, memorial contributions in Freeman's memory may be made to Doctors Without Borders.

Share Your Memory of
Freeman
Upload Your Memory View All Memories
Be the first to upload a memory!
Share A Memory
Plant a Tree