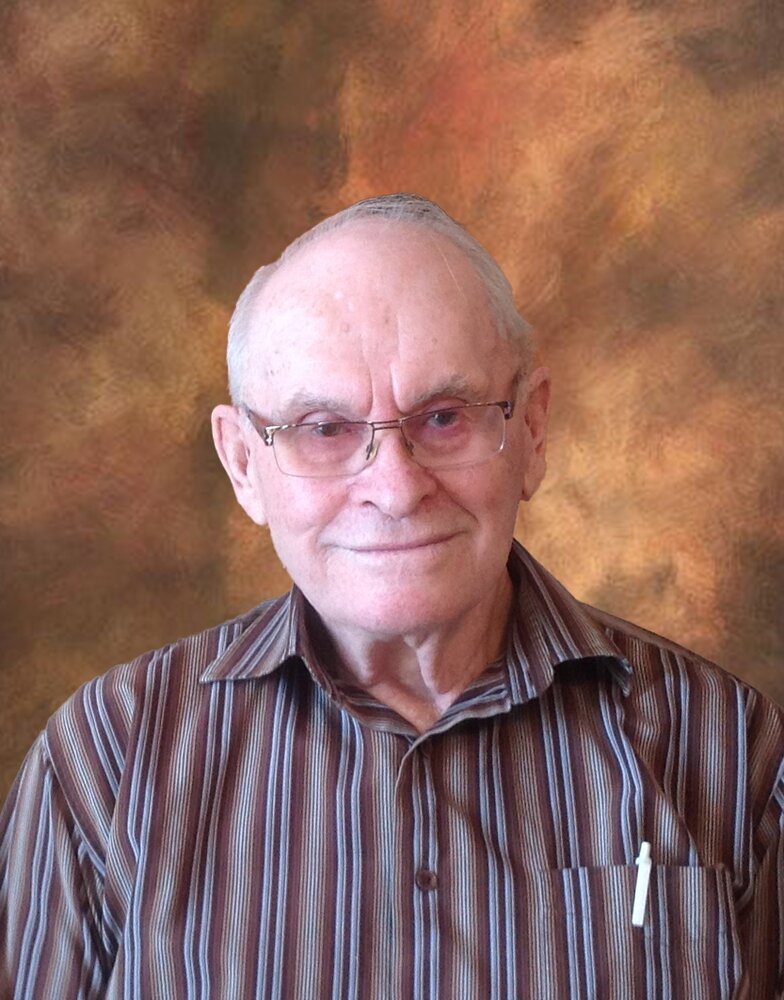 George Hetzner of Daysland, Alberta passed away on February 2, 2022 at the age of 97 years. He was born in the Bawlf area July 22, 1924 to Robert and Mary Hetzner. He was a devoted and caring husband, a loving father, grandfather and great-grandfather.

George grew up on the family farm east of Bawlf, later taking over the farm. He learned the true value of family, sheer determination and hard work, all became the foundation of his life.
In 1948 George married Melba Longhe. To this union two children were born, Marion and Grant. Mixed farming became George’s passion, raising beef cattle, growing crops, and always enjoying the freedom of country life.

He was a strong community supporter of the Legion and Lion’s Club.

Family and grandchildren were very special to George, always having their well being at heart.

In 1986, Melba passed away. George continued to farm. After retiring in 1989, George married Helen Paulgaard.

George spent many hours in his heated garage building hockey stick furniture, donating many benches for fundraisers. Used hockey sticks became hard to find, so Dale Kroetch joined up with George. These two men drove all over the countryside to find materials for their projects, and interesting projects they were.

George was active on the Daysland town council and the Daysland Hospital Board. George and Helen travelled to Europe, Mexico, States and Alaska.

Many leisurely hours were spent camping and fishing and driving into the country enjoying the beauty of nature, and checking on crops.

Later they moved to Providence Place where George remained active in many projects. Planting a shelter belt, Memorial Tree Lane, Handivan fundraisers and later the gazebo which was one of George’s greatest accomplishments.

Socializing with personal friends and coffee with neighbors and relatives were important in George’s life. He loved to play cards, crib for sure. He had a fantastic memory and no one was forgotten.

George had faith, hope, courage and strength. We will remember his smile, quick wit, and fond memories and sense of humor. So much of him will never die, we cherish every moment he shared in our lives.

For his family and friends, George had determination, strong will and perseverance. To His final breath he maintained his quick wit, sense of humor and independence.

Due to Alberta Health regulations, a private family service was held.

If family and friends so desire, memorial contributions in George's memory may be made to Providence Place in Daysland.