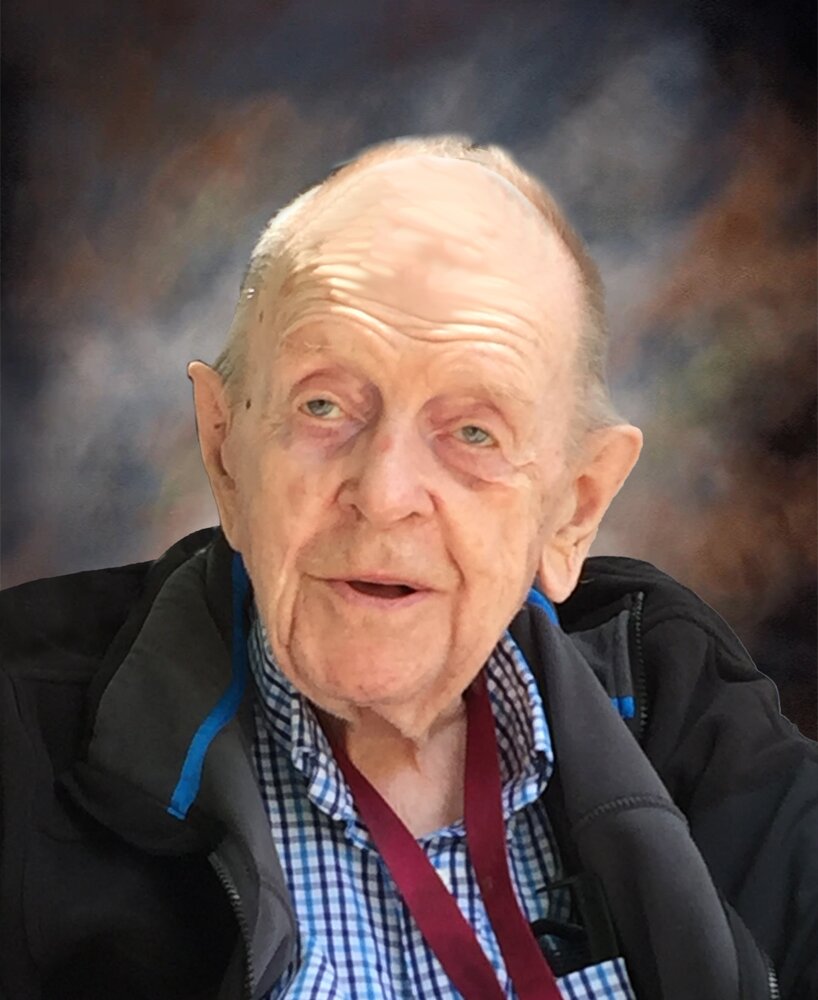 William Lars Larson, known as “Larry”, was born in Innisfail, Alberta on February 11th, 1927, first born for parents Lars and Elva (Clifford) Larson.  He arrived a bit early and as there was no such thing as incubators, the story goes that he was “put in the oven” to keep warm.  He lived a good long life, passing January 31st, 2022 at the age of 94.

Dad was raised on the farm east of Donalda, Alberta. He never shied away from hard work, and as a young man worked in the coal mines near Donalda.

In 1950 Dad married Vila Marie Olsen.  They made their way to the City of Edmonton to begin their life and the raising of their family.

He is survived and will be missed and lovingly remembered by daughter Virginia Larson of Spruce Grove, Alberta, grandson Curtis of Edmonton, brother Richard (Yvonne) of Donalda, nieces and nephews, and one special friend of 70 years, Rudy Kobes of Edmonton.

Burial is to take place February 11th, 2022 at Ferry Point Cemetery, on what would have been his 95th birthday.

If family and friends so desire, memorial contributions in Larry's memory may be made to the Ferry Point Historical Society (RR#1 Edberg, AB T0B 1J0), or to the charity of one's choice.