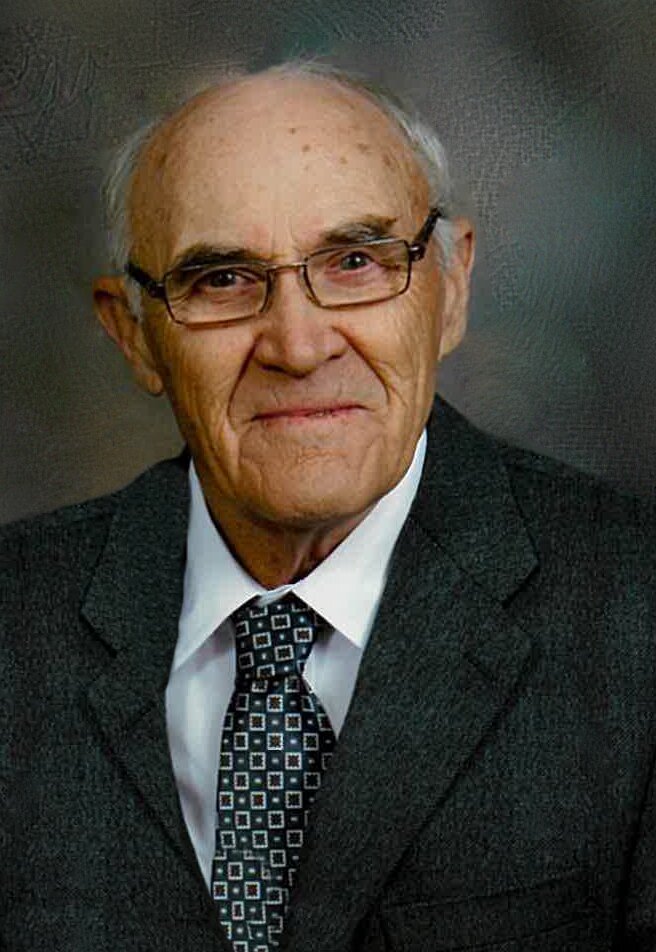 John Leslie Mattinson of Camrose Alberta, formerly of Viking, Alberta passed away peacefully in his home on Sunday, December 26, 2021, at the age of 83.

John was born on September 15, 1938, to William and Jane Mattinson of Viking Alberta. He was raised on the family farm south of Viking with older siblings Rosemary, Tom, and Bill. He attended Cromer and Viking school and was a life-long learner.

On January 9th, 1965 he married the love of his life Sharon Rae Fortier of Hinton, Alberta. Their union was blessed with three children: Stan, Leaha, and Stacie.

John was devoted to his wife and family, had a deep faith and strong moral code (…and a bit of a stubborn nature.) He had respect for the land he farmed and all nature’s creatures. He took joy in sharing his “loves” with his children, grandchildren, and great-grandchildren.

He loved camping and fishing. John was a real MacGyver and could fix almost anything. He was a man of determination, perseverance, and encouragement to others, opening the door to the farm more than once to people who needed refuge.

He was playful throughout the years with every age of family members. He initiated countless foot races, games of baseball, soccer, wrestling matches. In the winter there were snowball fights, sledding, skating, and skidooing parties complete with square bale seating and a blazing fire, roasting hot dogs and hot chocolate.

John flooded the pond and scraped the ice for Sharon to figure skate and the kids to ‘twirl’ with grandma and play pond hockey. Equally important was the time made for gathering at the kitchen table for coffee and homemade cookies.

John was a very private man and the friendships formed over the years were bound with trust and integrity. He enjoyed bantering over politics, farming and strategizing over the next machinery repair.

John adored his grandchildren and great-grandchildren, enjoying each one as they grew and developed their own special talents and careers, beaming with pride with each accomplishment.

A private family service will be held. The Funeral Mass will be live-streamed at 11:00 a.m., Friday, December 31, 2021, on the St. Francis Xavier Roman Catholic Church website: https://stfxcamrose.caedm.ca/  and a recording of the funeral mass will be available following the service on the St. Francis Xavier Church website under "Recorded Masses".

Helping others quietly without fanfare was John’s practice. He was humble and kind.

Memorial gifts may be made in John’s name to the Huntington’s Society Camrose Local Chapter or to the Saint Francis Xavier Roman Catholic Church Building Fund.

Your Life was a Blessing, Your Memory a Treasure...

You are Loved Beyond Words and Missed Beyond Measure.

Share Your Memory of
John
Upload Your Memory View All Memories
Be the first to upload a memory!
Share A Memory
Plant a Tree