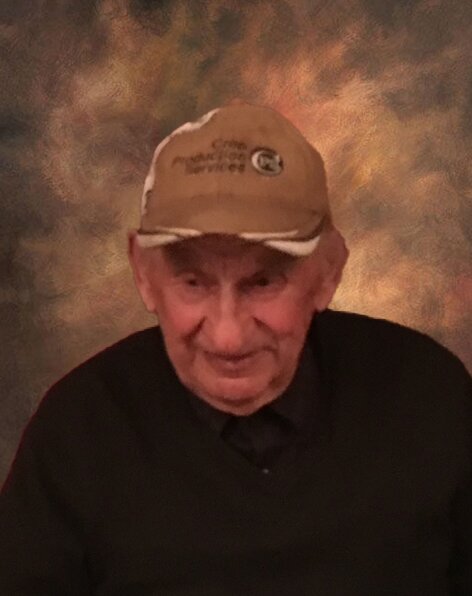 Please share a memory of Steven to include in a keepsake book for family and friends.
View Tribute Book

Steven Dmytro Nikiforuk of Bawlf, Alberta, passed away on Tuesday, November 30, 2021 at the age of 99 years.

Steve was born in Radisson, Saskatchewan on October 21, 1922. He went to school in Radisson. After he graduated, he worked briefly in a nickel mine in Sudbury, Ontario. He met his wife, Anne, when she was attending normal school. Steve and Anne got married in July 16, 1944 in Radisson.

Shortly after the couple got married, they moved to a farm in Ohaton. Then they bought the implement dealership (Massey) in Sedgewick. In 1958, they bought a farm in Bawlf. He always loved the farming. He even went out in the fields to disk up to the age of 97.  Not only did Steve farm, but he was also into various trucking endeavors.
Steve and Anne loved to travel, and Nevada was warm, so many winters were spent there. He not only loved the travelling, he loved to play cards and meet new friends, which turned into long-lasting friendships.

After his wife Anne passed away in March of 2011, his life changed drastically. Although it wasn’t the same, he still loved to travel. He continued to live on the farm until his health declined and he moved to a care facility.

Heartfelt thanks goes to the staff at St. Mary’s Hospital for their great care.

If family and friends so desire, memorial contributions in Steven's memory may be made to Alberta Alzheimer's Society, the Alberta Cancer Foundation, or the Heart & Stroke Foundation.

Share Your Memory of
Steven
Upload Your Memory View All Memories
Be the first to upload a memory!
Share A Memory
Plant a Tree