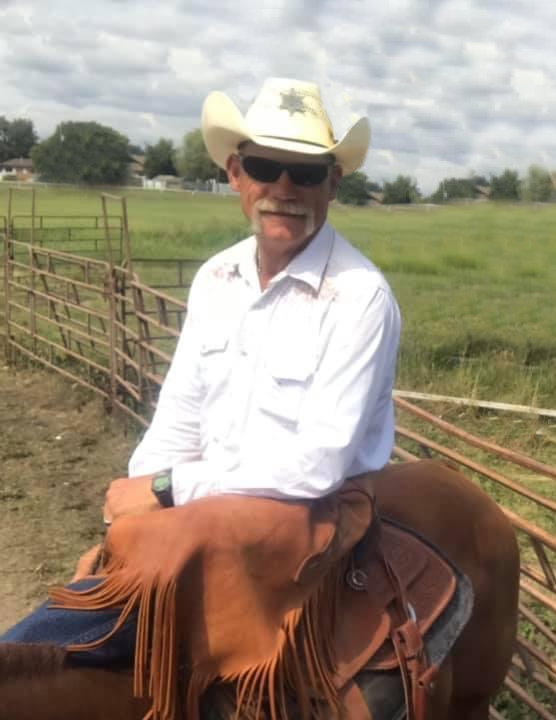 On Wednesday April 8, 1959 in St, Pierre, Manitoba, Jerry was born to Mary and Joe Wnuk, both having predeceased him. Shortly after, the family moved to Bawlf Alberta where they lived for Jerry’s school years K-12.

Family was always very important to him. He treasured spending time with his siblings; Rob (Caveman - predeceased), Bernadine (Bean), Craig and family, Greg (Poncho), Tammi and family and Jeff. Many cousins and friends. He loved riding horses or cows, it didn’t really matter.  Always getting chores done first, then let’s have some fun outside, whether riding with Bean or tormenting his brothers. He treasured learning from his father Joe. Jerry shared many loving stories about his parents. After Jerry would finish working on a project, he would stand back and say, “good job, clean up” never to say good enough. Jerry took great pride in any projects he did.

Jerry married Marjorie Van Petten in 1983. They shared two amazing children, Tyrone and Angela. Later in life he married Lynne (myself) and welcomed two more step daughters, Katelyn and Jordan. Remembering Jerry as a son, husband, father, and a grandfather to five beautiful girls; Tyrone and Jen’s Leah, Alexa and Emersyn, and Angie and Kirk’s Harper and Harlow. He was a true cowboy with his horses, Cash and Dino and a few in between.

Jerry was a proud, hardworking, kind, loving man. He treasured family time, rodeo time, and working 35 plus years in the grain industry.  He was actively involved in many sports including arm wrestling, fastball and slow pitch with the Norseman ball Team and very proud of his many trophies. Later in life he became a part of the APCCA keeping all safe on the track as an outrider.

He put his whole heart into everything he did, whether it be lending a helping hand with a full satchel of cold beer in tow or riding with his family and close friends in the mountains.

I am honoured to have been his wife for the short time we had together. He is in my heart forever and so are all of his family and loving friends. Jerry our cowboy will never be forgotten.

A private family service was held. Inurnment has taken place in the Camrose Cemetery.

If family and friends so desire, memorial contributions in Jerry's memory may be made to the Canadian Cancer Society, or to the Heart and Stroke Foundation.

Share Your Memory of
Jerry
Upload Your Memory View All Memories
Be the first to upload a memory!
Share A Memory
Plant a Tree