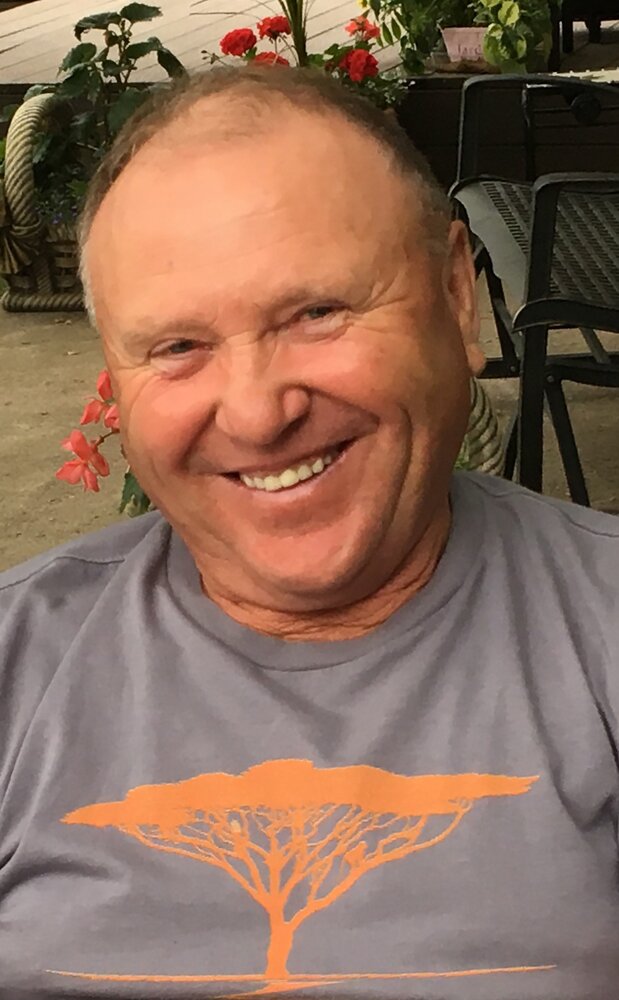 Please share a memory of Eugene to include in a keepsake book for family and friends.
View Tribute Book

Eugene Gene/Geno Chromik was born in Daysland, Alberta, on July 5, 1947, and passed away on the family farm north of Strome on October 14, 2021 at the age of 74.
Gene lived on a farm north of Daysland for his first 9 years, but moved to town in 1957 after his father’s tragic death in a train/car collision. Giving up his horse Prince was devastating, but he soon became absorbed in a new found love of bird watching. He loved to search and collect bird eggs, and to this day he could identify the most obscure of bird calls.

Through his early adult years, Gene was never idle, and worked a number of diverse and interesting jobs. He spent countless hours accompanying Veterinarian Dr. Joe Hrdlicka on farm calls, worked on the oil rigs, and spent time in Prince Rupert at a pulp mill. Managing “Welshes Saddlery”, a Western tack and apparel store was where Gene’s true chatty nature shone. Being a sharp dresser himself, he took great pride outfitting country and city folk alike in ‘cowboy duds’ for the stampede...especially when clientele included Gordon Lightfoot and Kenny Rogers!

Deciding to further his education, Gene enrolled in biological Sciences at NAIT. However, jobs were scarce when he graduated, thus never pursued a career in that field. Regardless, he took two provincial wrestling titles along with his degree. Throughout his college years he always kept his high school sweetheart Susan Froehler close to his heart, and after a 6-year pursuit, he eventually convinced her that he really was a great catch! Wedding bells rang on June 8, 1974, and to this union came 4 wonderful children, whom he loved equally and dearly.

Gene would have been quite content to continue his retail career at Welshes; but, his father-in-law, Melvin, asked him to consider farming, and what a wonderful life this would be; to be able to make a living off the land, to raise his family in the country, and be close to nature? Who could ask for anything more? Gene was known as a cattle and grain farmer, but his engaging smile, jokie nature, generous spirit, love of shootin’ the breeze with family, friends, or strangers was his true identity. He was a strong advocate for protecting trees and marshes, and one of his favorite places to spend time with Susan and his kids was the prairie pasture north of Wavy Lake. He was an avid hunter, but also soft-hearted, and in his later years preferred to ‘shoot’ with his camera. The lasting friendships Gene made over the course of his life were fostered at 4H cattle shows, ball diamonds, hockey arenas, auction markets, daily coffee with ‘the boys’, but above all, with his faith-filled church family. His life was one well-lived, and he will be sadly missed by all who knew him.

Gene is survived by his wife, Susan, of 47 years; his children, Chris (Amanda), Erin, Angela (Victor), and Andrea (Kalin); grandchild Anela; and siblings Orest (Leanne), Ben (Barbara), Monica (Ted), and Cathy (Rob). He was predeceased by his parents Harry and Julia, and sister Mary.

A private family service was held. Inurnment has taken place in the Our Lady of Fatima Cemetery, Strome. To view a recording of the service, please click on the following link:

If family and friends desire, memorial contributions are gratefully accepted to Buck for Wildlife, Alberta Fish and Game Association, Ducks Unlimited, or to the charity of one's choice.