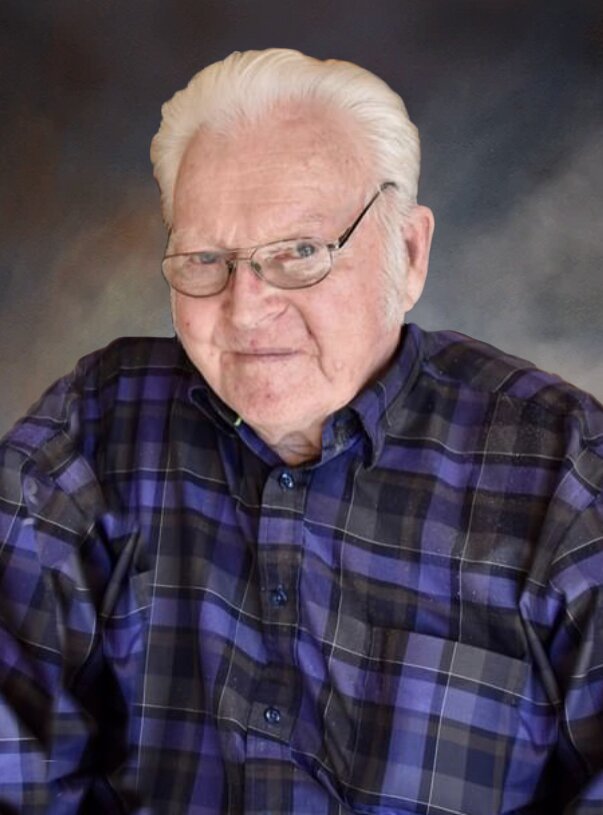 Gordon Waterston passed away on the eve of his 88th birthday on Saturday, October 2, 2021, surrounded by his loving wife of 63 years, Geri, and his three daughters at the Drumheller hospital.  He was predeceased by his parents (Colin and Beatrice), siblings (Calvin Waterston and Florence Bottorff), and his beautiful daughter Laurie Tissington.

He told his daughters that the day he was born just outside of Camrose, there was a snowstorm so huge that the roads were closed and the doctors couldn’t get to the farmstead so, his dad took over and delivered him, along with the help of his good wife of course.  The very next day, the sun came out and his dad was out finishing the harvest.  That’s how he lived his life too.  He always did what needed to be done – without complaint or fanfare.  As a younger man, Gordon will be remembered as a man who loved to visit and share a great joke.  His integrity, generosity and willingness to lend a hand are traits rarely rivalled.  He will be fondly remembered for his love of fishing, hunting and everything outdoors. His contagious smile will be forever etched in the minds of his loved ones.

Gordon had the privilege of farming in the Camrose area for many years and there he and Geri raised their four daughters, Laurie, Pam, Denise and Janina. The farm continued to be enjoyed by family, friends, and his nine grandkids right up until it was sold to enjoy retirement living.

He was also an avid pool player and humbled many a young man hoping to prove their skills. Many gathered around this table to share his passion, laugh with him and enjoy the odd, “Good shot!”

He was a kind, gentle man of few words and he will be sadly missed by everyone who knew him.

An Outdoor Funeral Service for Gordon was held at 2:00 p.m., Saturday, October 9, 2021 from Stoney Creek Park.

If family and friends so desire, memorial contributions in Gordon's memory may be made to the Camrose Food Bank.