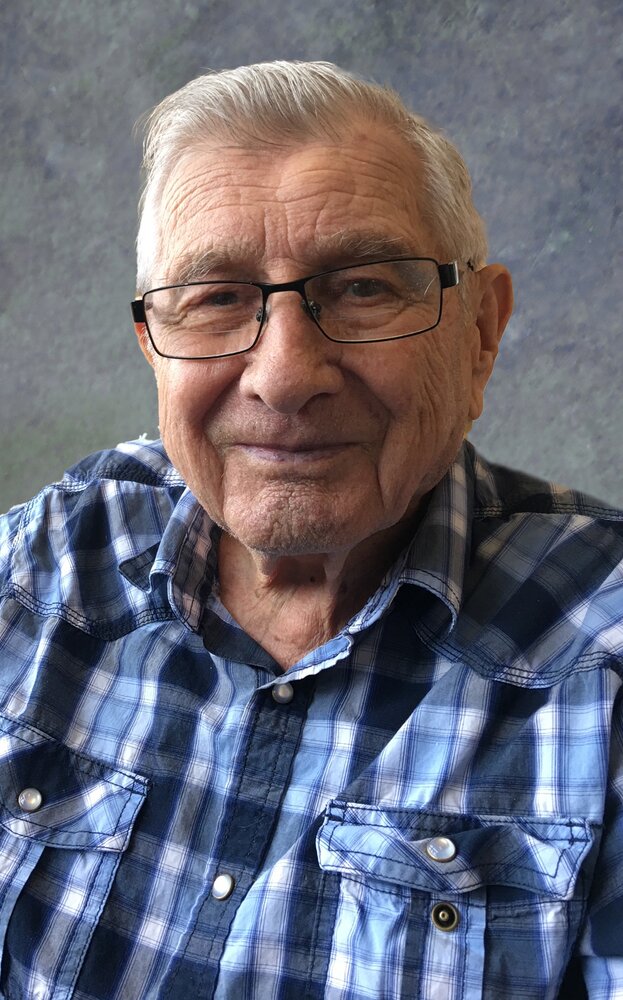 Gordon Glen Johnson was welcomed into the arms of Jesus on September 18, 2021. Gordon was the youngest of three sons and was born on the home farm at New Norway on February 24, 1926 to Ludwig and Louise. He lived on the farm until 1969 when they moved to Camrose where he resided until his passing.

Gordon married his soulmate Evelyn on November 12, 1947 in the Camrose United Church. They worked side by side on the farm and were blessed with three loving daughters, Sharon, Darlene and Donita.
Gordon enjoyed big game hunting, fishing, family camping and spending time with nature. He also enjoyed his daily coffee time at Tim Hortons visiting with a host of friends. He was a Boy Scout leader and a Sunday School teacher.

Gordon and Evelyn enjoyed travelling in their motor home and spending countless hours attending their grandchildren’s sporting events and applauding their academic accomplishments.

If family and friends so desire, memorial contributions in Gordon's memory may be made to Gideons International - Canada, the Alzheimer Society of Alberta, or to the Mazankowski Alberta Heart Institute.