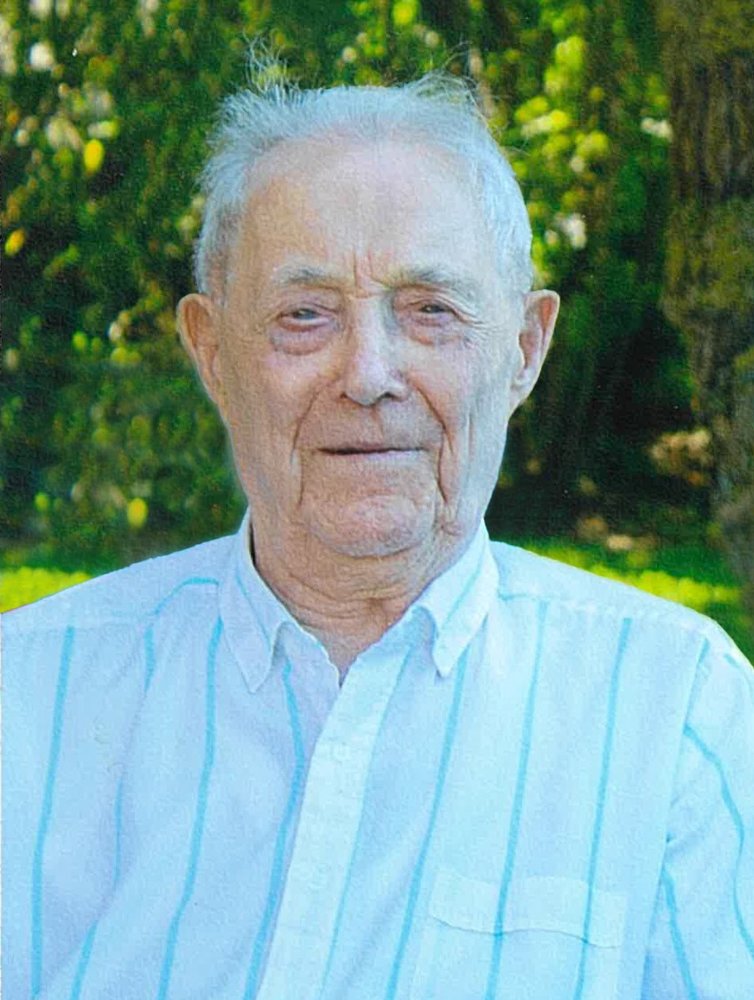 Allan Bowie was born to Ida and George Bowie on the family farm on August 7, 1916, the oldest of five children, and he was the last remaining descendent.

Allan married Wilma Banta and were married in July 1941. They resided on his grandfather’s land and remained there until moving to Deer Meadows in Camrose in January of 2012. He was a lifetime Elks member (85 years) and President of the Drop-In for several years.

He was an avid golfer and hardly ever missed a day at the “Double Dam” or the Drop-In for morning coffee. He enjoyed many years of travel be it being a “Snow-Bird” or enjoying many trips with the golf course crew.
He enjoyed doing jigsaw puzzles and playing cards at Deer Meadows until his eyesight went. He had and still has many dear friends there.

A Funeral Service was held at 1:30 p.m., Monday, August 16, 2021 from the Burgar Memorial Chapel with Rev. MaryAnn Pastuck officiating.

If family and friends so desire, memorial contributions in Allan's memory may be made to Melville Cemetery or to the charity of one's choice.

Share Your Memory of
Allan
Upload Your Memory View All Memories
Be the first to upload a memory!
Share A Memory