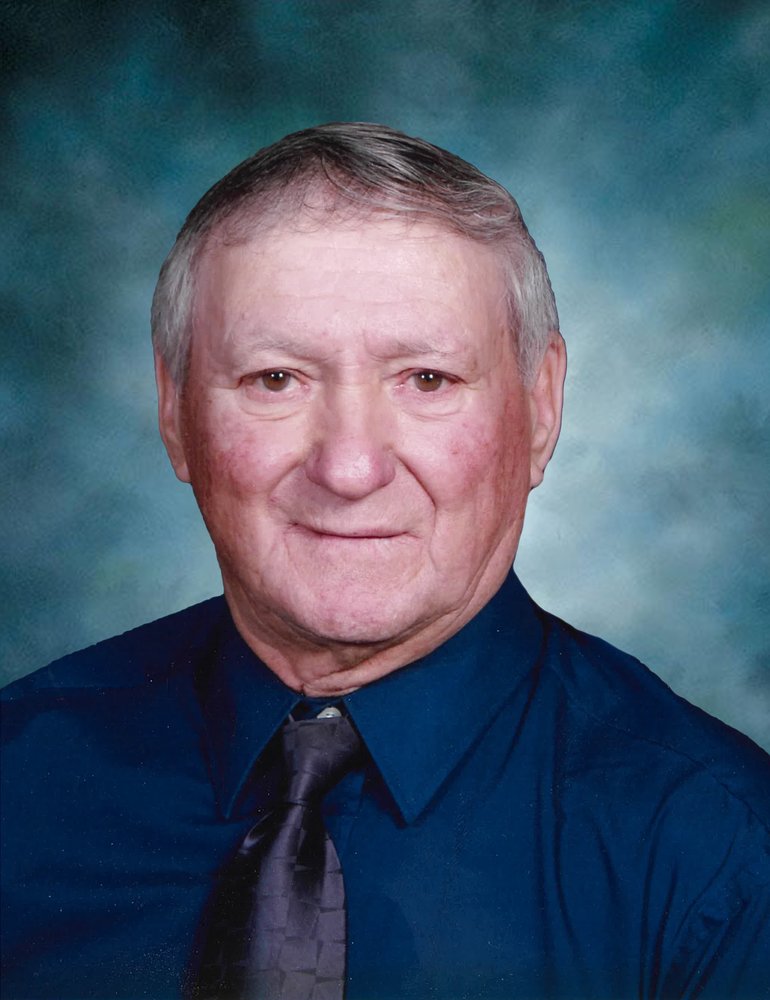 Edwin Peter Zimmer was born May 6, 1931, the fifth child of Peter and Marie Zimmer. Younger sister Doris completed the family. Ed spent his entire life on the family farm in the heart of the Spring Lake community.

Ed married Darlene Seiferman in October 1953, and a year later identical twin sons were born. Four more sons arrived in short order. The boys joined their parents working with dairy cows, pigs & chickens, as well as grain and hay crops. Ed took over sole management of the farm when his parents moved to Camrose in 1957. Until his passing he continued to take an active interest in the crops, rainfall and harvest.

Life was not all work. As a young adult Ed played hockey for the Daysland North Stars and baseball for Spring Lake, and in later years rec hockey in Forestburg for the Heisler Winterhawks. For many years he was a popular announcer at the local sports baseball games. Ed enjoyed watching his sons as they continued to play baseball, even into their senior years.  Afternoon games of horseshoes and evening card parties with wonderful neighbors and friends were so important in Eddie’s life.

Some of Ed’s proudest moments occurred during his fifty-eight years as an Elks member, including numerous terms as Exalted Ruler. He was generous with his time and talents, whether it be assisting with the building of the Heisler Community Center, maintaining the Spring Lake ball diamond, or helping his neighbors. In recent years, the Blue Jays, Oilers and curling provided many hours of entertainment for Ed.

Edwin was predeceased by his wife Darlene, two brothers, and two sisters.

A Funeral Mass was held at 11:00 a.m., Friday, August 13, 2021 from the St. Martin Roman Catholic Church with Rev. Danial DSouza as celebrant. Interment has taken place in the Spring Lake Cemetery.

If family and friends so desire, memorial contributions in Edwin's memory may be made to the Spring Lake Cemetery Fund (c/o Kevin Zimmer Box 312 Daysland, AB T0B 1A0), or to the Heisler Community Centre.

Share Your Memory of
Edwin
Upload Your Memory View All Memories
Be the first to upload a memory!
Share A Memory
Send Flowers
Plant a Tree