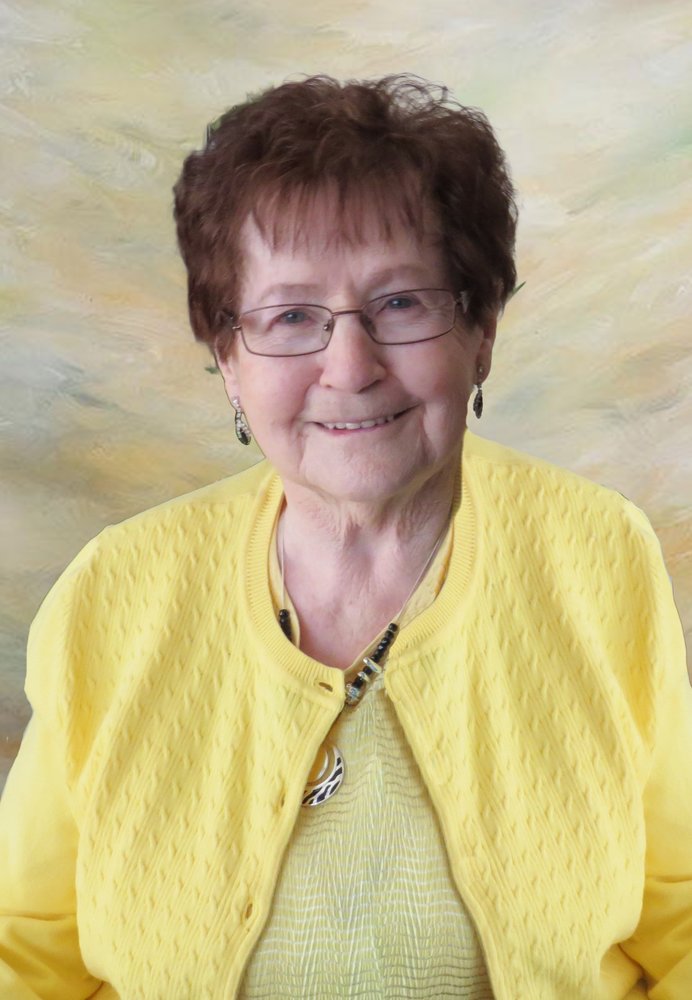 Hilda Rottmar of Camrose passed away peacefully on May 13, 2021, at the age of 87 at Bethany Meadows, Camrose.

Hilda was born on August 4, 1933, at St. Donatus Mission in Saskatchewan, the fifth of ten children. Hilda married Adam Kloster in 1952 and had three children before his passing in 1955. Hilda and her children then resided with her parents on the family farm. Many years later, Hilda and her children moved to Provost, Alberta where she was employed at the Provost Hospital, eventually becoming head cook. Hilda met and married Joe Rottmar, a widower with three children, on July 19, 1975. They both lived and worked in Provost for many years. In 2006 the couple moved to Camrose, Alberta.

Hilda was a strong woman of faith and prayed the Rosary daily. She also had a zest for life! She was hardworking in all of her endeavors and was the first to lend a hand when someone needed help. Hilda was a woman of many talents including: cooking (she was known especially for her cookies and pies), knitting and crocheting.  She loved housekeeping, spending time in the garden, and taking care of her flowers. Family and friends knew her as a great hostess. Her table was set up perfectly for each meal and filled with an abundance of homemade goods. The meal was always followed with many rounds of cards and games. Hilda was a kind and loving mother and grandmother. Her life was an inspiration, and she will be greatly missed.

If family and friends so desire, memorial contributions in Hilda's memory may be made to the Cross Cancer Institute, the Mazankowski Alberta Heart Institute, or to the St. Francis Building Fund.

Share Your Memory of
Hilda
Upload Your Memory View All Memories
Be the first to upload a memory!