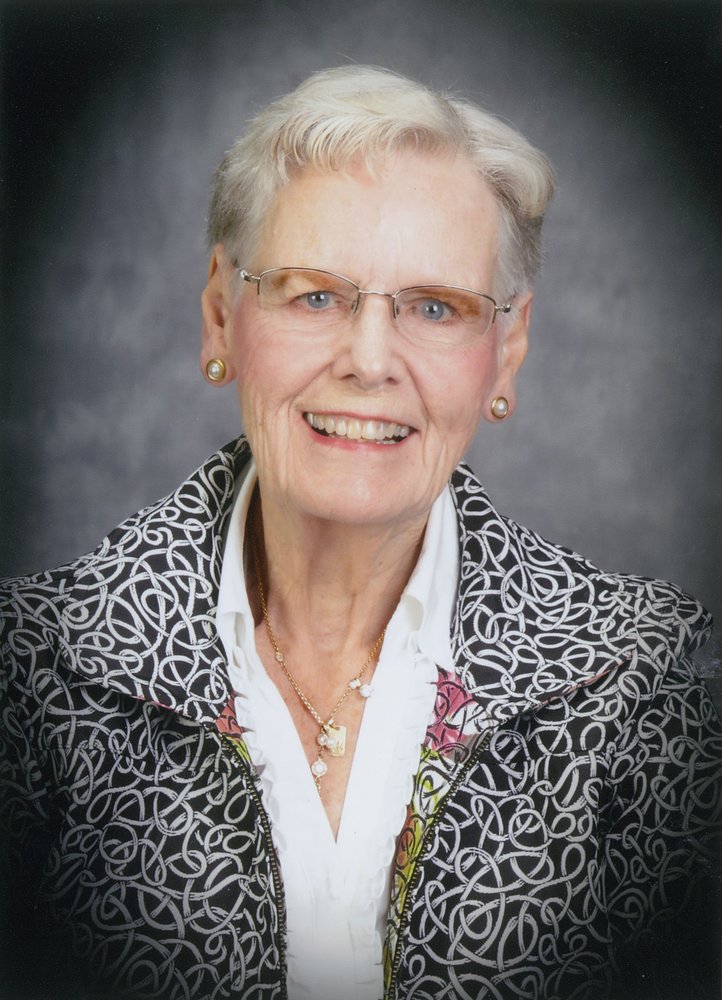 Evelyn, beloved Mother, Grandma, and Great Grandma, passed away peacefully on May 9, 2021, at the age of 94. Evelyn was born on November 21, 1926, in Edmonton, Alberta to Roy and Leila (nee Mitchell) Jory.

Evelyn was raised in Vermilion, Alberta until she attended Nursing School in 1946 in Lamont, Alberta. She graduated from Nursing School in 1949 and relocated to Camrose, Alberta, where she started working at St. Mary’s Hospital. While working at St. Mary’s, she met the love of her life, Norman Cleveland. Evelyn was an adventurous woman and moved to Prince George, British Columbia with her best friend until they decided to move to Chilliwack, British Columbia. Norman continued to write to Evelyn and asked her to come back to Camrose as he wanted to marry her. Evelyn and Norman were married on August 20, 1952, in Vermilion at the First United Church. They started their life together by moving to Calgary, Alberta.

They welcomed their first child, a son, Alvin in 1953. Evelyn and Norman moved back to Camrose in 1954 and where they had their second son, Ronald in 1956, third son, Craig in 1961, and their daughter Connie in 1963. Evelyn continued to work as a nurse at the Smith Clinic and St. Mary’s Hospital. Evelyn began working for Bethany Homes in May 1973 until her retirement in 1995.
Evelyn was involved in many community events and organizations throughout Camrose and Camrose County. She embraced many friendships from her time helping patients, and with donating her time to the community. Evelyn loved to dance, travel, and spend time with her grandchildren and great-grandchildren.

If family and friends so desire, memorial contributions in Evelyn's memory may be made to the charity of one's choice.

Share Your Memory of
Evelyn
Upload Your Memory View All Memories
Be the first to upload a memory!