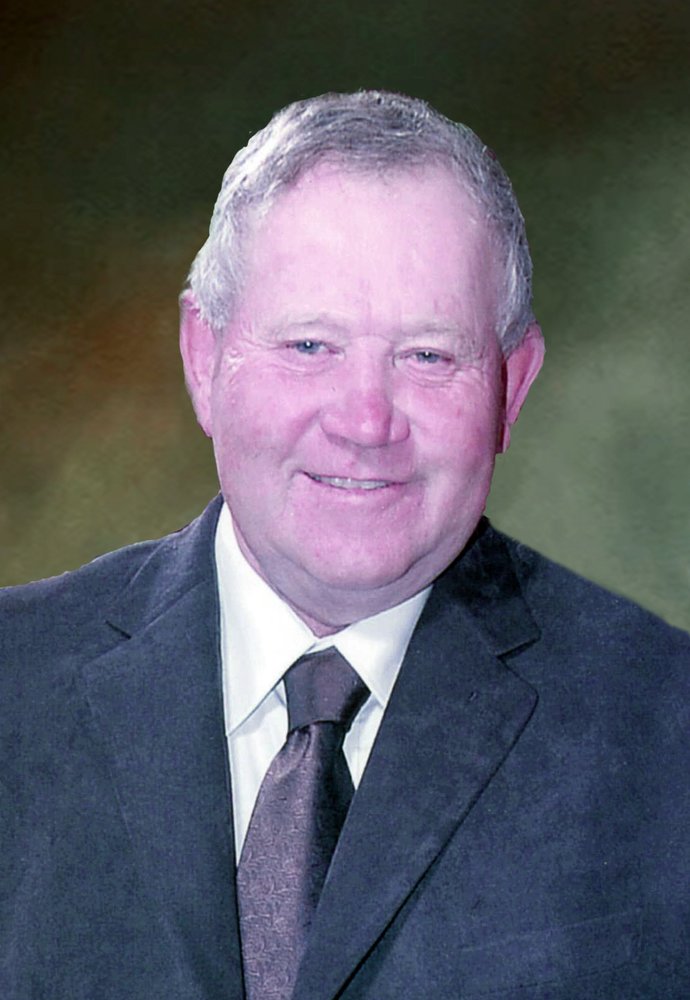 Gene Edward Williams of New Norway passed away on Monday, April 5, 2021, at the age of 74 years. Gene was born August 22, 1946, to Harold and Claudia Williams. He grew up on a family farm near Duhamel.
Gene went to school in New Norway. Growing up he was involved in the local Cubs and Scouts of Canada, eventually becoming a leader when his children attended. As a teenager/young adult, he loved his stock cars and would race. Following high school, he worked at a local feed store while helping his dad farm.

He first met Marie through the 4-H club, and they continued to build a relationship as they attended various dances throughout the area. They were married June 13, 1970, and lived at the Battle River Valley where they started their family. Their first child Todd was born in February 1973, before they moved to the main family farm later that year. In January 1974 they welcomed Steven, in September 1976 Timothy, and in November 1977 Sheryne. Gene and Marie ran a dairy and grain farm until 1988. They then switched to a cow/calf and mixed grain operation. Through those years they built cedar window boxes selling them to various greenhouses. Gene also drove the school bus for many years until 2006. In 1991, over beers with a couple of neighbors, they decided to build a golf course. They continued to grain farm until 1993 and Gene dedicated himself to the golf course diligently until 2013. Over the years, Gene and Marie welcomed Canada World Students and Viking Cup hockey players into their home. In 2003, they began welcoming their grandchildren, Megan Gene, Evan Steven, Griffin Michael, Morgan Hannah, and Amy Madeline into the family. Gene took great pride in his grandchildren and love attending all of their activities.
Gene and Marie loved to travel and have enjoyed a variety of adventures from Yellowknife to India and from New Zealand to Mexico. Gene had interests in many areas, which included curling, golf, hockey, ball, woodworking, and the annual corn roast in the valley.

In October 2016 he was diagnosed with Dementia with Parkinsonisms. Following the loss of Marie, he moved into long-term care, where he lived the rest of his days and the staff enjoyed his cheeky humor. He passed away on April 5, 2021, surrounded by his family.

Left to cherish his memory are sons Todd (Mary) of Camrose; Steven (Denise) of New Norway and their children Evan and Morgan; Timothy of Whitecourt; and daughter Sheryne (Michael) Van Petten of Kelsey and their children Megan, Griffin, and Amy; brothers Keith (Vi) of Edson, Neal of Edmonton; brother-in-law Alick McArthur of Kelsey; sister-in-law Darlene (Gerry) Paine of Busby; and numerous nieces and nephews.

A private family service was held. For those who would like to pay their respects, please do so at Gene's grave after 3:00 p.m., Friday, April 9, 2021, at the New Norway Cemetery. Proceed through the south entrance and continue east until you find the grave on the south side of the road.

If family and friends so desire, memorial contributions in Gene's memory may be made to the Alzheimer Society of Alberta, or to the Parkinson Association of Alberta.

Share Your Memory of
Gene
Upload Your Memory View All Memories
Be the first to upload a memory!