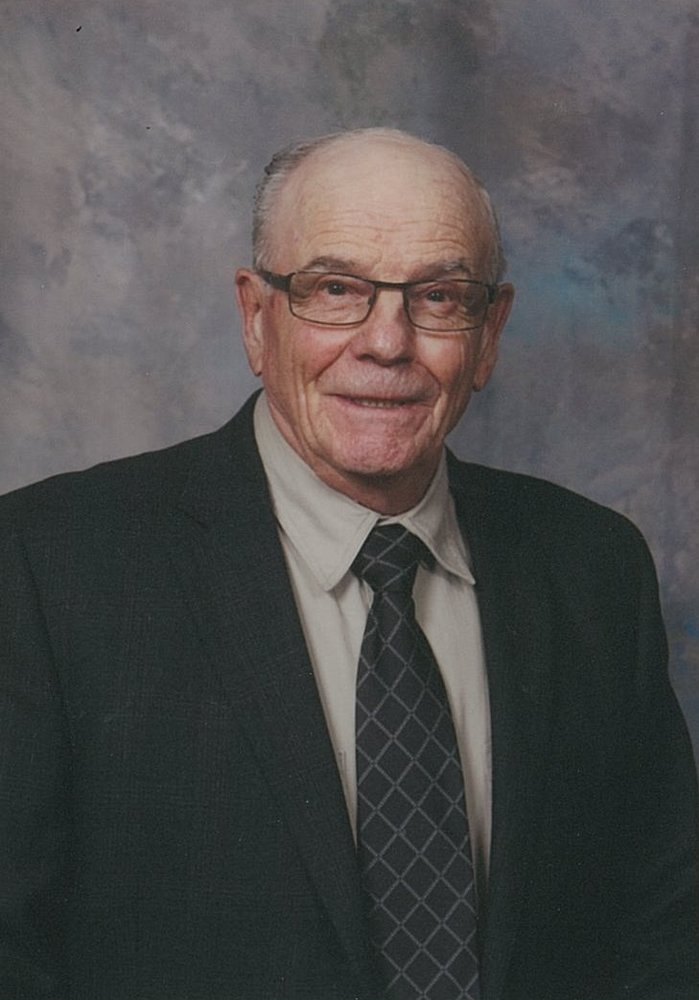 Douglas Hawkins passed away on Saturday March 27, 2021 at the age of 87 years at Bethany Meadows, from complications of his year-long illness.

Doug was born in Vegreville, Alberta on March 12, 1934, to Benjamin and Annie Hawkins.  In 1944, the family moved to Clive, Alberta, where a combination of Benjamin, Doug, and his brother Collins farmed for the next fifty years.  In the mid-1950s, Doug attended the Baptist Leadership Training School in Calgary, and took courses at SAIT.  Returning home, he met Annette, the new schoolteacher, who he married in 1965.  They raised one son (and a series of cats), sharing a rich 56 years together.

In 1994, they ‘retired’ into Lacombe, where the need to ‘do something’ led to his second career at Heritage Chrysler as ‘courtesy-driver, master-renovator, and man-of-all-tasks’ for 22 years. He retired again in 2017, moving closer to family (especially his grandchildren) in Camrose. His many projects kept him busy, as building things for others brought him great joy. A man of strong faith, he was active in many church ministries, always enjoying opportunities for fellowship, worship, and lively spiritual discussions.

Doug was predeceased by his parents, a sister Elizabeth, and brothers Collins and Robert.  He is survived by his loving wife Annette, son Jonathan (Michelle), sister Louise Bell, three grandchildren and numerous nieces and nephews.

Due to COVID, a private service will be held on April 1, 2021, and will be available following online by searching for MessiahCamrose on YouTube. Interment will take place in the Camrose Valleyview Cemetery.

If family and friends so desire, memorial contributions in Douglas's memory may be made to the Bethany Group.

Share Your Memory of
Douglas
Upload Your Memory View All Memories
Be the first to upload a memory!