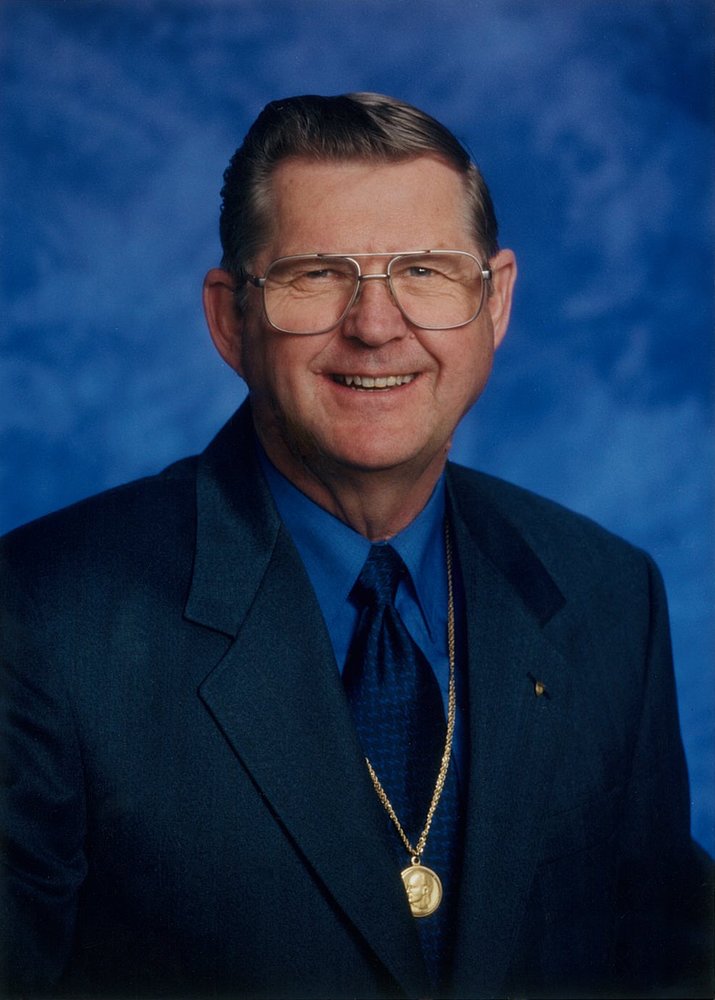 Ross Anderson of Camrose, Alberta, passed away on Monday, February 1, 2021 at the age of 87 years.

Ross Anderson was the oldest of a family of seven children raised during the dirty Thirties in a rural community in Saskatchewan. He helped his family from an early age delivering groceries and newspapers on his bicycle. He was a born hard worker, supporting a wife and three children as a Fuller Brush salesman, following in his father’s footsteps. Ross moved to Camrose with his family, and worked for a number of years at the Alberta Motor Association. Every farmer in the Camrose area knew Dad’s red Chrysler Imperial pulling into their yard for a visit.

Ross’s Norwegian heritage led him to become involved with the Sons of Norway, and was instrumental in starting and becoming president of the charter lodge in Camrose. Ross went to work for the Sons of Norway as an insurance agent and opened lodges all over BC and Alberta.

Many who knew Ross will remember him as a Salesman par excellence. His sales abilities were fundamental to helping people, always looking at their needs and having a solution for their betterment.

He will be remembered and missed for his positive outgoing personality and genuine care and concern for others.

Left to cherish his memory are his children Sharole (Wayne) McNiven of Kelowna, BC, Diane (John) Lucas of Seba Beach, and Colin Anderson of Gainford; seven grandchildren; nine great-grandchildren; and siblings Shirley Butner of Edmonton, Janice (Alan) Fedorus of Drayton Valley, and Doug (Bonnie) of Edmonton.

A private family service was held. Interment has taken place in the Camrose Cemetery.  To view a recording of the Funeral Service, please click on the following link:

If family and friends so desire, memorial contributions in Ross's memory may be made to the Camrose Food Bank.

Share Your Memory of
Ross
Upload Your Memory View All Memories
Be the first to upload a memory!