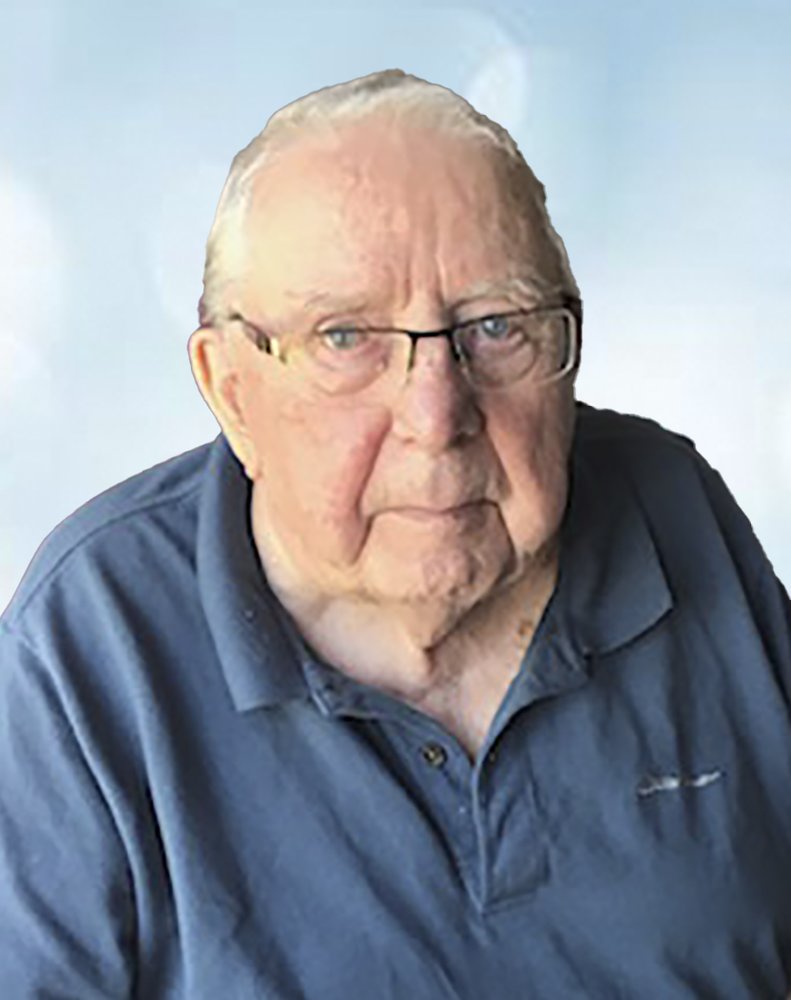 It is with great sadness that the family of Gordon Leland Stratmoen announce his passing at the St. Mary’s Hospital in Camrose, on January 23, 2021, at the age of 90 years.  Gordon was born in Daysland, Alberta on November 21, 1930, to Elmer and Tilda (Olson) Stratmoen. He lived in Daysland for most of his early years; spent a couple of years homesteading with his parents in Brownvale, Alberta, and later working in London, Ontario.

Gordon moved to Camrose and in 1952 joined Wilson and Umbach, a store specializing in electrical goods and revolutionary appliances. He spent his entire career working at this same store, which later became known as Wilson Electric, where he eventually became a part-owner. In 1996, Gordon retired after 44 years in the business.
Gordon loved the outdoors and liked nothing better than to spend his time fishing, hunting, and camping with family and friends. He was an avid gardener, and for several years maintained two or three gardens at a time.  Gordon’s most happy moments were times spent with his family. He was immensely proud of his children, grandchildren, and great-grandchildren and enjoyed their visits and time spent with them.
Gordon will be sadly missed by his loving wife Corrine (Matheson) of 68 years; his five children Karen and (Thomas), Gary and (Audrey), Brent and (Sherry), Scot, Darin, and (Jennifer); Gordon will also be fondly remembered by his eight grandchildren, Steven (Karla), Amy (Cory), Darcy (Amber), Daryl (Natalie), Curtis (Hannah), Sarah (Derek), Adam and Alexander; and his eleven great-grandchildren, Abigail, Kaitlyn, Morgan, Brandon, Mya, Haydn, Tucker, Jackson, Ava, Miles, and Hailey. He is also survived by numerous nieces and nephews.
Gordon was predeceased by his parents, Elmer and Tilda; four brothers, Louis, Raymond, Leroy, Ronald; and one sister, Ellen.

Gordon will always be remembered as a great Husband, Dad, Grandpa, and Great-Grandpa. He will be missed tremendously.

A Funeral Service was held Monday, May 30, 2022, at the Burgar Memorial Chapel with Rev. Brian Hunter officiating.

If family and friends so desire, memorial contributions in Gordon's memory may be made to St. Mary's Hospital Auxiliary.