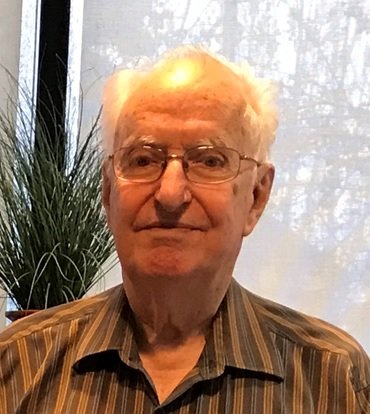 The Williams family is saddened to announce the death of Ron Williams at the age of 84 years in Camrose, Alberta.

Ron was born in Alix, Alberta as the eldest son of Harold (Hod) Williams and Helen (Haggerty) Williams.  He is survived by his brothers Gary (Erica) and Hal (Phyllis); his nieces and nephews Buddy (Sandi), Mark, Lance (Kyle) and Chantel (Dan); his great-nieces and nephews Ashley (Michael), Helen, Edward and Lawrence; and his great-great-nephew Ryker. He was predeceased by his parents and his great-niece Kourtney.

Ron grew up throughout central Alberta, where his father worked for the Central Alberta Dairy Pool, and spent many happy days with his extended family in the Bashaw area.

Ron touched the lives of many people in central Alberta and Saskatchewan as a teacher and school principal in numerous communities, starting in a one-room school and retiring from Drayton Valley. In retirement, Ron lived for many years in Heisler, Strome and finally Camrose.

Ron was an active member of his local community, and served for many years with the Alberta Historical Society (including several terms as president), the Alberta Retired Teachers Association, and numerous other charitable groups. He was actively involved in local and provincial politics, running and holding the office of counsellor and mayor in Heisler and Strome.  He received numerous awards for his volunteerism and community involvement, including the Queen’s Diamond Jubilee medal.

Both before and after retirement, Ron enjoyed travelling, and saw much of the world. As a staunch monarchist and anglophile, he made several trips to the United Kingdom and delighted his family with unique gifts upon his return.

At Ron’s request, no formal service will be held.

If family and friends so desire, memorial contributions in Ronald's memory may be made to the charity of one's choice.