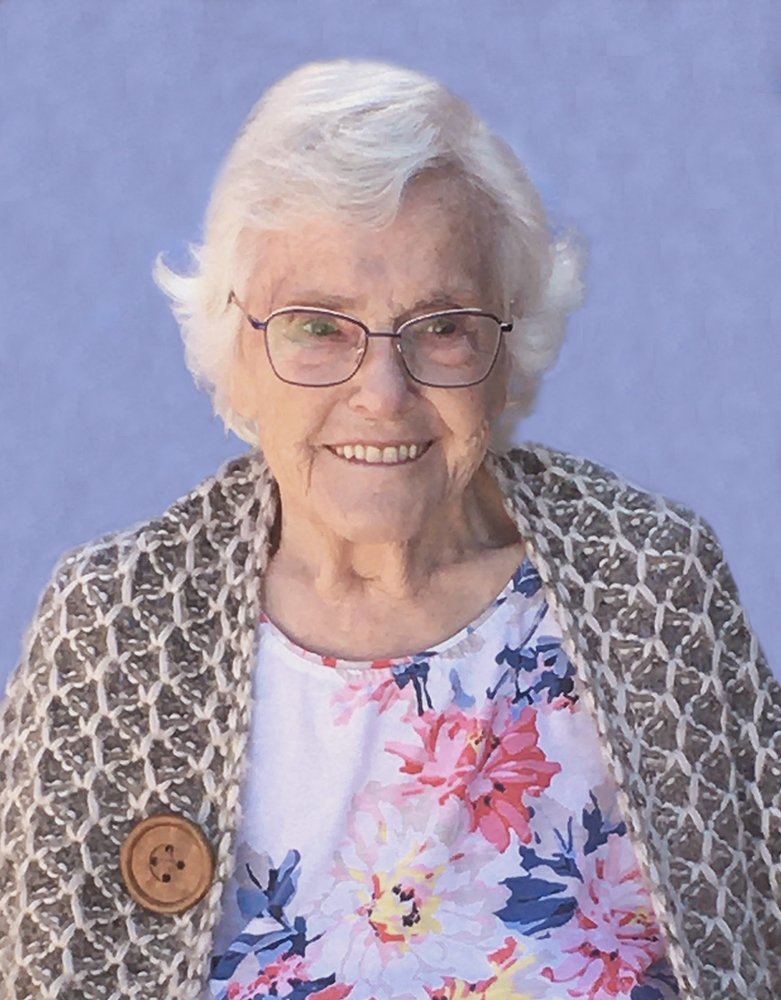 It is with sadness and deep love that we announce the death of our Mom. Karen “Kajsa” Cecilie Johnson of Camrose, AB, formerly of Hay Lakes, AB, passed away on Monday, September 7, 2020 at the age of 92 years.

Karen was born in Preeceville, Saskatchewan to Danish parents Agnes and Thorvald Holm. She married Neil after corresponding with him during the war. Neil was a CN Railroad employee starting as a station agent in small towns of Manitoba and the family lived in many different places, eventually moving to a farm near Hay Lakes. After Neil’s passing, Karen then moved into Camrose.

Her family was always her main concern but she also had many interests such as reading, quilting, and cheering on her favorite teams. She was able to discuss politics, philosophy, religion, current affairs, and was an unbeatable scrabble player. She played with her kids and would often sit at the piano to accompany her daughter on the violin or the children singing. We have many warm memories of the times at the cabin on Okanagan Lake. She was much loved and respected by all who knew her. A special thanks to the staff of Seasons Camrose, and St. Mary’s Hospital for their excellent care.

Due to Covid 19 restrictions, a celebration of her life has been held.

If family and friends so desire, memorial contributions are gratefully accepted to the St. Mary's Hospital Foundation, or to the St. Joseph's Lutheran Church, Hay Lakes, or to the Anatomical Gifts Program, University of Alberta Hospital.