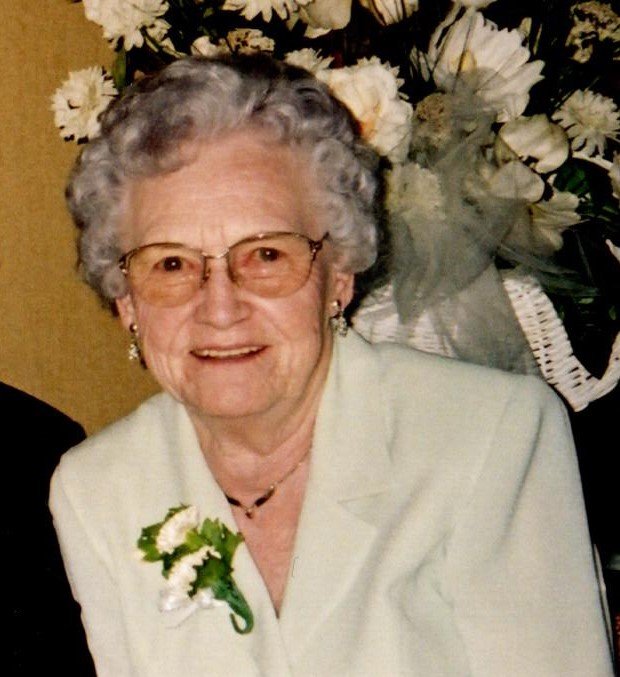 Jean was born in Camrose, February 28, 1922 and grew up on the family farm near Duhamel.  She graduated from the Camrose Lutheran College and later trained as a hairstylist. Jean enjoyed cooking, baking, sewing, knitting, reading, and gardening.  She could make the most meager places look and feel like home.  One of her most memorable vacations was a trip to Norway to visit Paul’s ancestral home.  She will be remembered most for her soft voice, kind smile, love of nature, and family. She married her school friend, Paul Rolseth, on November 8, 1947 in Duhamel, AB.  They moved to different parts of Alberta, British Columbia, and the USA and lived in Calgary during their children’s early school years and then moved to Camrose where they worked until retirement.  Jean and Paul spent many happy years of retirement at Driedmeat Lake near Camrose.

Due to Covid a private celebration of life was held in Airdrie.
A graveside service is to follow at a later date in Camrose, Alberta.

Share Your Memory of
Jean
Upload Your Memory View All Memories
Be the first to upload a memory!