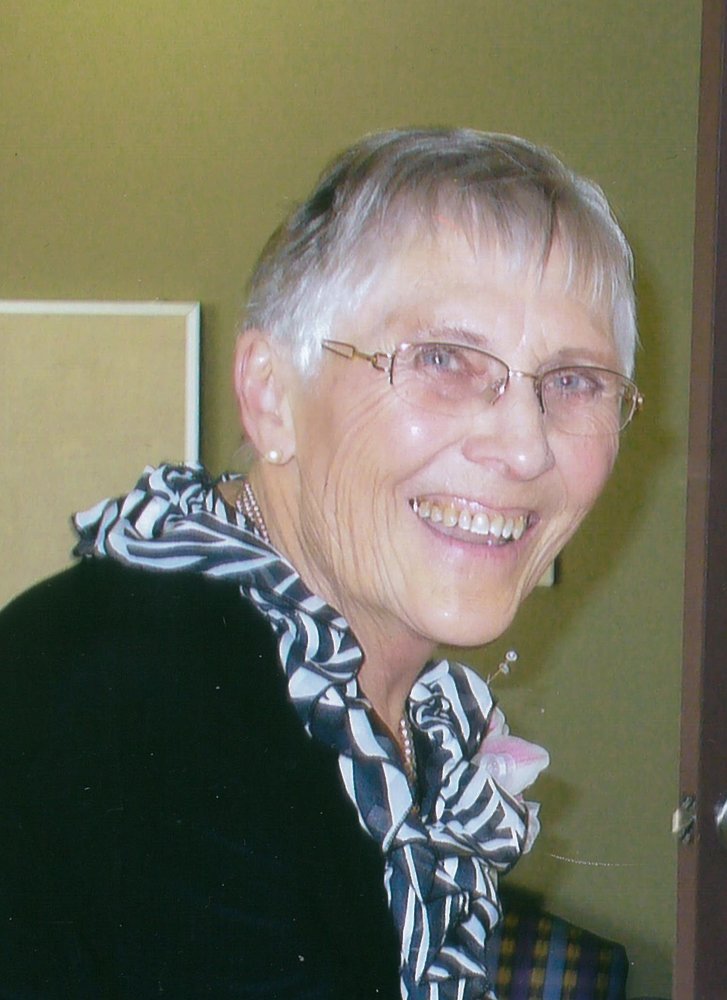 Hazel Madeline Scott of Camrose, Alberta, passed away on Tuesday, February 11, 2020 at the age of 91 years.

Hazel was the second child of Roswell and Madeline Roth. She was raised on a farm east of Bawlf and helped with chores, gardening, and looking after her younger siblings. She went to school at Acme, and could often be found walking the rails, as the train was close to their farm. Later she attended Lakeland College in Vermillion, where she met Joe Scott. They were married April 4, 1950, then farmed together for many years. Their only child, Laurele, was born in 1955 and kept them busy with several activities.

Hazel was active in the community. She sewed, knitted, swam, bowled, danced, hosted UCW and UFA meetings, and visited and entertained many neighbours and friends. She loved life and worked hard. As her family grew with three grandsons, she was kept busy entertaining them and enjoyed their antics.

Over the years, Hazel and Joe travelled to BC and Saskatchewan, and for their 25th anniversary they went to England to visit Joe’s relatives and see the country. Hazel collected dolls in her later years, and she and Joe enjoyed local plays and even saw Victor Borge and Roger Millar in performance in Edmonton. Once the farm was sold they moved into a lovely condo in Camrose. A few years later, Hazel settled into Sunrise Village. When her health started to decline, she moved into Bashaw Meadows. When room became available in Bethany Meadows in Camrose, she then resided in Pine Cottage until her passing. She will be greatly missed by her family and friends.

A Funeral Service was held at 1:30 p.m., Friday, February 21, 2020 from the Rose City Baptist Church with Rev. Dave Cawley officiating.

If family and friends so desire, memorial contributions in Hazel's memory may be made to STARS, or to the Alberta Diabetes Foundation.

Share Your Memory of
Hazel
Upload Your Memory View All Memories
Be the first to upload a memory!
Share A Memory
Send Flowers