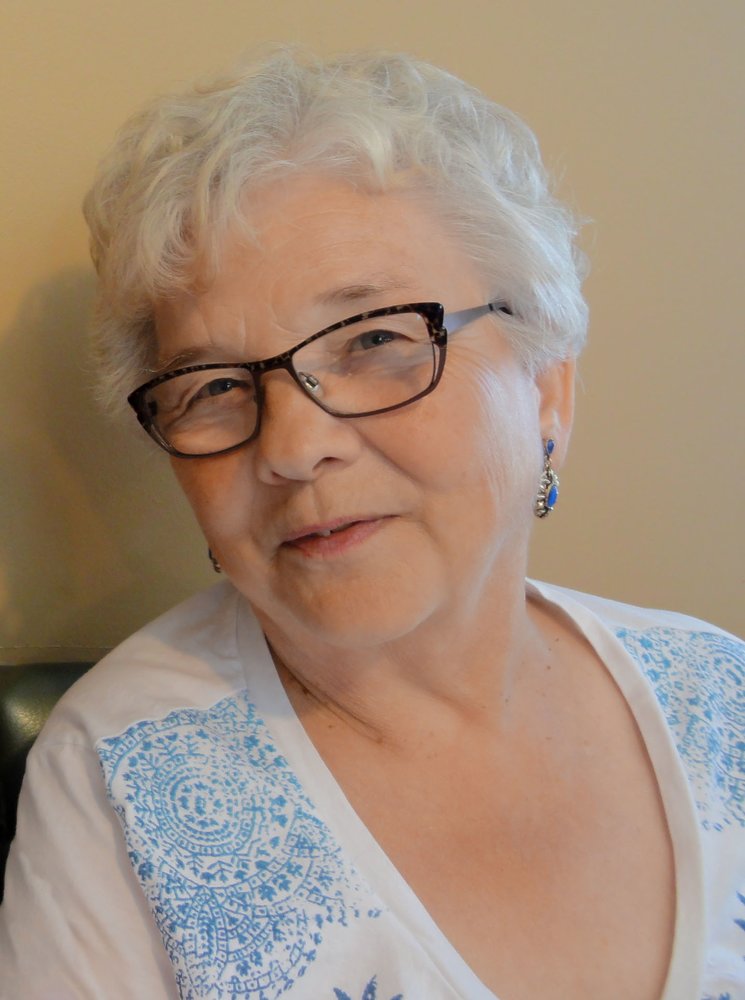 Jo-Ann Karen Carter of Camrose, Alberta, passed away on Saturday, September 7, 2019 at the age of 74 years.

Jo-Ann was born in Lamont, Alberta, to Joe and Isabel McLachlan. They resided on a farm in Ross Creek. Jo-Ann had two younger siblings, Larry and Donna.

Jo-Ann attended grades 1-5 at Ross Creek School, grades 6–10 at Chipman School and Lamont High School for grades 11 and 12‚ graduating in 1963; then to Alberta College, graduating from the Secretarial Program in 1964. Her first job was with Manpower Canada on the University of Alberta Campus.

On July 16‚ 1966‚ Jo-Ann married Jim Carter and they lived in Edmonton. The following year their daughter Cheryl was born.  In 1968, Jim’s work with AGT took them to Vegreville.  In 1971 they moved to Camrose and Jo-Ann gave birth to their son Gregory, whose very short life ended the day after he was born. In 1972‚ Jo-Ann and Jim’s son Cameron came into their lives.

Until her death‚ Jo-Ann served twenty-five years on the Rose City Residential Support Association board with the goal to build affordable housing for persons with disabilities. Countless volunteer hours went into fund-raising. In 2006, they proudly opened Sparling Manor, a twenty-four suite apartment building. Jo-Ann was treasurer of the association until 2018.  She also volunteered with Martha’s Table and the Crib Club.

Left to cherish her memory are her husband James; children Cheryl Carter of Camrose, and Cameron Carter of Camrose; three grandchildren Kyle, Braydon and Joshua; and siblings Larry (Marlene) McLachlan of Edmonton, and Donna (Philip) Ross of Edmonton.

Jo-Ann was predeceased by her son Gregory James, and parents Joe and Isabel McLachlan.

If family and friends so desire, memorial contributions in Jo-Ann's memory may be made to the Camrose & Area Animal Shelter Society (Bay 8, 4617-41 Street Camrose, Alberta T4V 2Y8), or to the Camrose United Church.