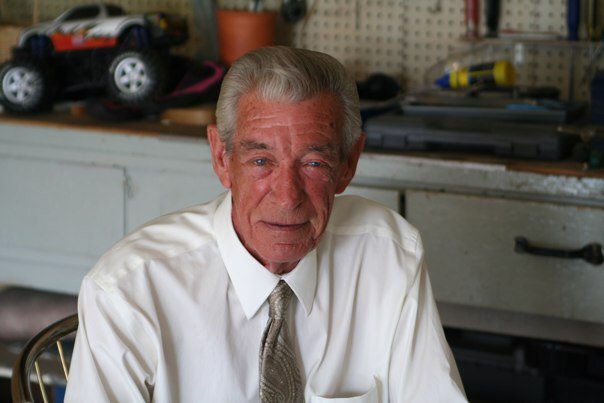 James Brian Hocker passed away peacefully at St. Mary’s Hospital in Camrose surrounded by family on Aug 19, 2019 at the age of 85 years.

In 1934 Brian was born to Agnes and Jim Hocker and grew up with his brother, Norm, in Toronto, Ontario.  As a young man he enjoyed music, hockey, baseball, basketball and hanging out with his brother and buddies.

In his career, he worked primarily in the mining industry from a haul truck driver and supervisor at IOC in Schefferville, Quebec to eventually managing the Mine Mobile Maintenance department at Syncrude Canada in Fort McMurray, Alberta.

Brian loved to laugh, dance and spend time with family and friends.  He was always the host with the most.  He and Bev especially enjoyed the wildlife and birds that always seemed to be attracted to their home – he fed them well and they were always content to entertain them.

Brian leaves to cherish his memory his wife Bev; his children Mike (Maria), Cheryl (Ted) and Kevin (Rochelle); his stepchildren Kent (Sue), and Neil; as well as his sister-in-law Rose, sister-in-law Lynn and brother-in-law Bill; along with many nieces, nephews, grandchildren and great-grandchildren.  He also leaves many true and loyal friends.

Brian was predeceased by his first wife Bunny and her parents Gertrude and Ken; his parents Agnes and Jim; step-father Howard; brother Norm; sister-in-law Sue; brother-in-law Clifford; brother-in-law George; and stepdaughter Sherry.  Many wonderful friends went before him as well.
Brian will be greatly missed by all of his family and friends.

A Funeral Service was held at 10:00 a.m., Saturday, August 24, 2019 from the Burgar Memorial Chapel, with Rev. Brian Hunter officiating. Inurnment will take place in the Camrose Cemetery.

If family and friends so desire, memorial contributions in Brian's memory may be made to the Cross Cancer Institute.