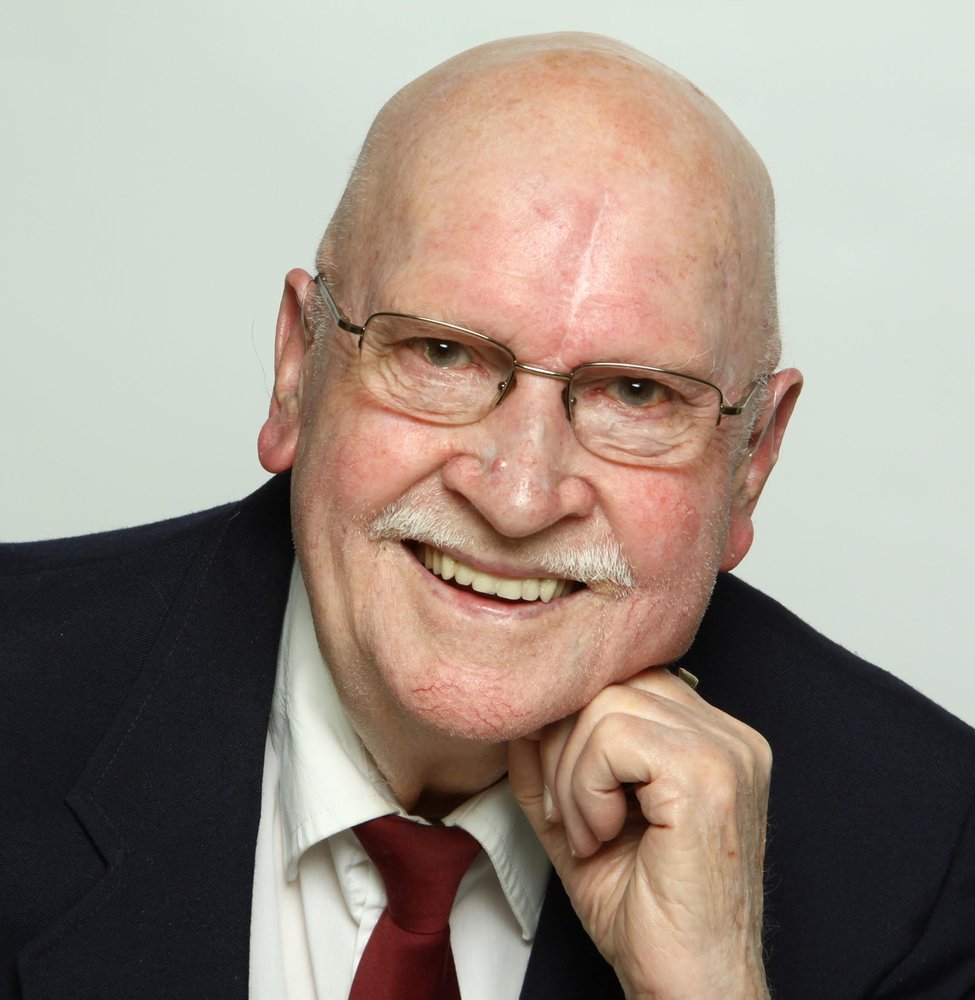 John Weder was born on April 28, 1926 at Viking, Alberta. He was raised on the family farm north of Viking and did his schooling in a rural school a few miles from home.
John met Roberta Erickson in Innisfree and on November 7, 1947 they were married. On May 3, 1950 their son Darryl was born in the Viking Hospital. They moved to Vegreville after leaving the family farm in 1957, and then on to Camrose in January 1960. On February 1, 1964 their son Brett was born in the Camrose Hospital.

Once in Camrose, John went to SAIT to become a Journeyman Mechanic. This in turn led him to opening John’s Tune-Up & Service Centre in Camrose on October 1, 1973. After 15 years in business, John retired to new opportunities. He greatly enjoyed this time working with the people of Camrose and keeping their vehicles on the road. His entrepreneurial spirit continued into retirement when they ran a part-time balloon sales business for a few years.

For John, family came first and he loved spending time with his boys, granddaughter Tanya, and great-granddaughter Grace.  He was a gentle and caring man, who could be found offering a hand, a smile, or a story. John also enjoyed camping with their trailer, drives in the country, and visiting his friends at local restaurants.

Left to cherish his memory are his sons Darryl and Brett; granddaughter Tanya Weder; great-granddaughter Grace Fooks; and brother Robert (Genevieve) Weder.
John was predeceased by his wife Roberta, and numerous brothers and sisters.

A Funeral Service was held at 1:00 p.m., Wednesday, August 21, 2019 from the Burgar Memorial Chapel with Rev. Brian Hunter officiating.

If family and friends so desire, memorial contributions in John's memory may be made to the Canadian Diabetes Association.