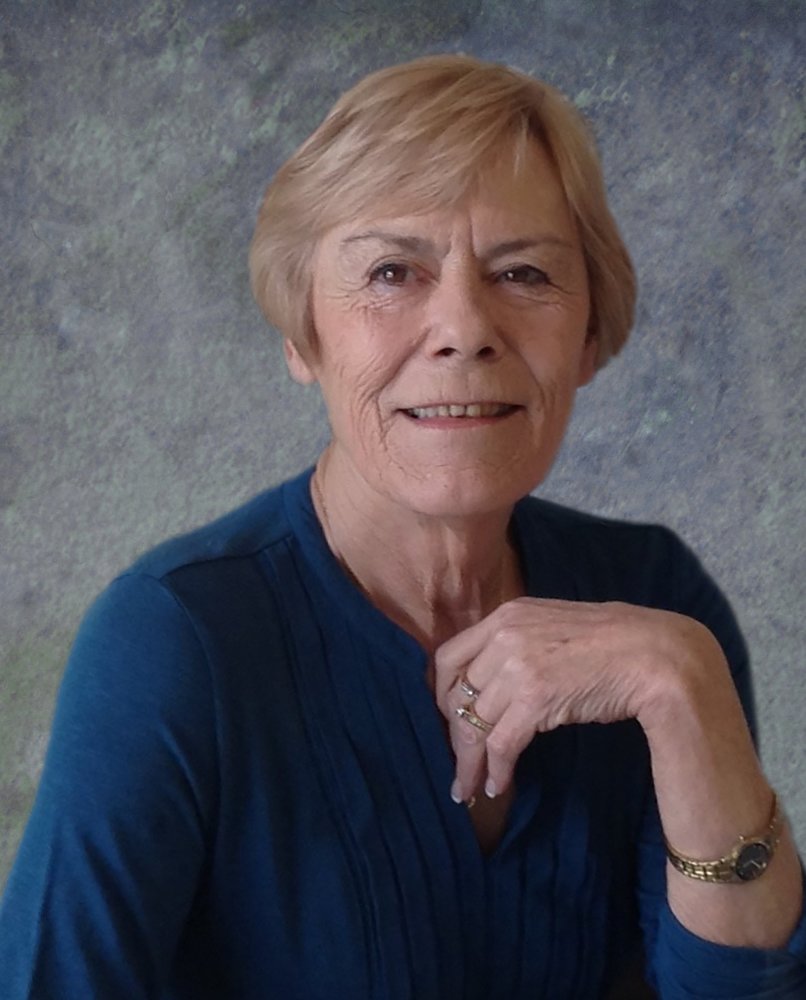 Debbie passed away in her home on July 1, 2019 at the age of 68 years. She succumbed to a swift and hard-fought battle with cancer.

Born to Helen and Henry Jans in Camrose, Alberta on January 10th, 1951, Debbie was the eldest of four children; Kenny, Karen and Don. She grew up on the family farm just west of New Norway. She worked hard as a young girl helping with all of the farm chores.  Debbie excelled at all sporting activities and often shared stories of track meets and her favorite school sport, basketball. She was a competitive individual but loved the social aspect of the sport just as much as the game. At an early age, she met the love of her life and husband of 50 years. Hugh also grew up in the area and when they married in 1968 she only had two and a half miles to move to begin her new life. To this union, they had three children, Brent, Irene and Darren.  They spent thirty-four years on the family farm and then moved to Camrose in 2002. Debbie loved farm life. She was involved in every way from raising chickens to driving combine.

Debbie was also very involved in the community and volunteered her time, soup and friendship without hesitation. She was a giving and loving mother and that didn’t stop with her own kids as she would often be helping with nieces, nephews and any other child that needed it. The love of sports led her to coaching everything from fastball to curling.
As the youngest of her kids started school she began her career as a school bus driver. She drove for thirty-one years before retiring and felt proud to have driven her nieces, nephews and grandchildren in that time. It was then she found a new passion for flowers as she travelled from the east to west coast of Canada, New Zealand, Australia and Tasmania. Debbie had a green thumb and could make anything blossom.

Debbie’s true passion in life was her family. Whether she was stopping by for a coffee, watching a hockey game or ball game or picking out the best birthday card for one of her grandchildren she loved each and every one of them for who they were. The family gatherings were full of laughter, amazing meals and tremendous love.

A Funeral Service was held at 2:00 p.m., Monday,  July 8, 2019 from the CityLights Church, 4920 48 Street Camrose with Rev. Mary Ann Pastuck officiating. Inurnment has taken place in the Highland Park Cemetery.

If family and friends so desire, memorial contributions in Debbie's memory may be made to the Canadian Cancer Society or to the Stollery Children's Hospital.

Share Your Memory of
Deborah
Upload Your Memory View All Memories
Be the first to upload a memory!
Share A Memory
Send Flowers