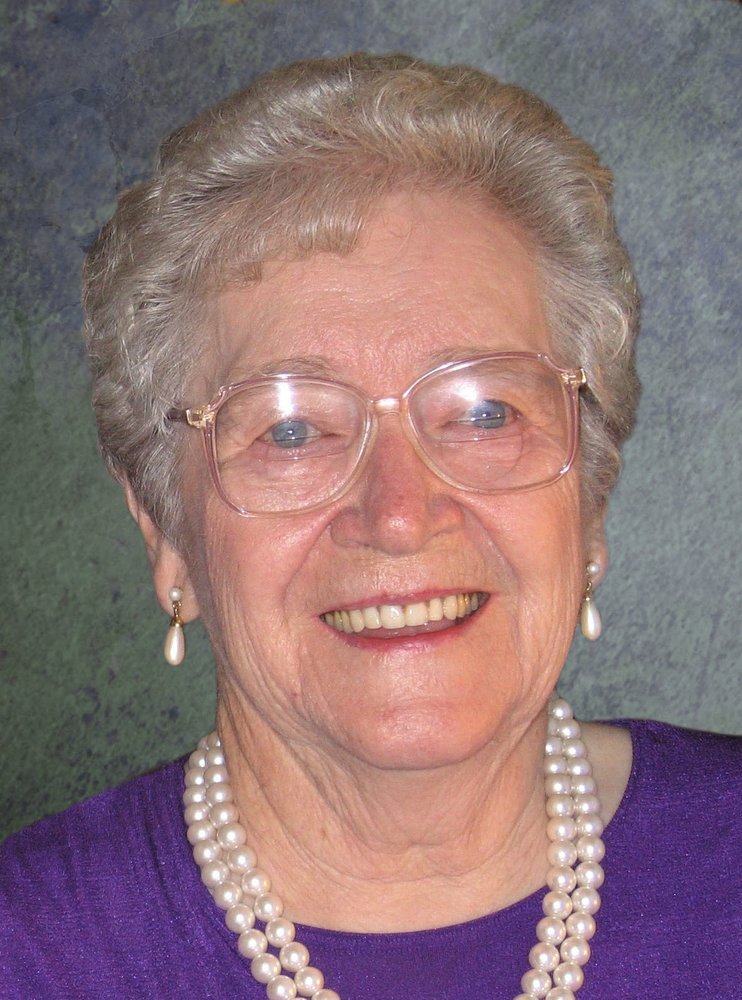 Charlotte Jane Felzien of Camrose, Alberta, passed away on Thursday, April 18, 2019 at the age of 93 years.

Charlotte Jane Felzien was born August 10, 1925 to George and Minnie Crosby in Hardin, Montana.  She took her schooling at a country school near their home, graduating from High School in Hardin. Following graduation, Charlotte worked in a general store before attending University in South Dakota and Montana. She completed her Certificate in Education with an Associate Arts Degree. Charlotte married Irvin Felzien on July 15, 1947.  They resided in Billings, Montana where she worked in a wholesale grocery firm while Irvin continued College. In 1949, they bought a farm, near Forestburg where they farmed until 1961. During those years, Charlotte worked at the General Store, taught piano lessons, helped on the farm and drove a school bus. In 1961, Charlotte and Irvin returned to Billings, Montana where they completed their B.Sc. in Education.  They taught in Billings Montana, Modesto California, and Hamilton Montana. In 1976, Charlotte and Irvin returned to Alberta to teach in Thorhild, Slave Lake, Kingman and Hay Lakes until retirement in 1982.  They spent many years doing what they both loved:  camping, fishing and extensive travel by Cruise ship, bus tours and motorhome.  Charlotte and Irvin downsized from their home in Camrose, to a condo then Deer Meadows where they have resided since 2010, later she moved into Bethany Meadows.

A Funeral Service was held at 1:00 p.m., Wednesday, April 24, 2019 from the Pleasington Church, Forestburg with Rev. Kenn Blazer officiating.

If family and friends so desire, memorial contributions in Charlotte's memory may be made to Pleasington Cemetery Fund, or to the charity of one's choice.

Share Your Memory of
Charlotte
Upload Your Memory View All Memories
Be the first to upload a memory!