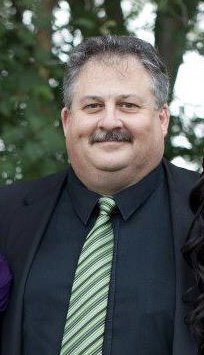 It is with heavy hearts that we announce the sudden passing of Dwayne “Dew” Carver, on Thursday March 28, 2019, at the age of 60 years.

Dew is lovingly survived by his daughters Lyndsay Carver (Curtis) of Calgary and Kelsie (Ryan) Ekdahl of Red Deer.  He leaves behind two young grandsons, Thomas and Jonathan, whom he loved so dearly.  Dew is also survived by his brothers Les of Carnduff, Alfred of Whitehorse, Ian of Weyburn, and Daryl of Filmore; sister Doris (Armand) of Carnduff; many nieces and nephews, and countless friends who all feel a great loss from his unexpected departure.

Dew is predeceased by his mother Vivian, and father Ken.

Memorial service and celebrations will be held at a later date.

In lieu of flowers, memorial contributions in Dew’s name are gratefully accepted to the Heart and Stroke Foundation.

Share Your Memory of
Dwayne
Upload Your Memory View All Memories
Be the first to upload a memory!
Share A Memory
Send Flowers