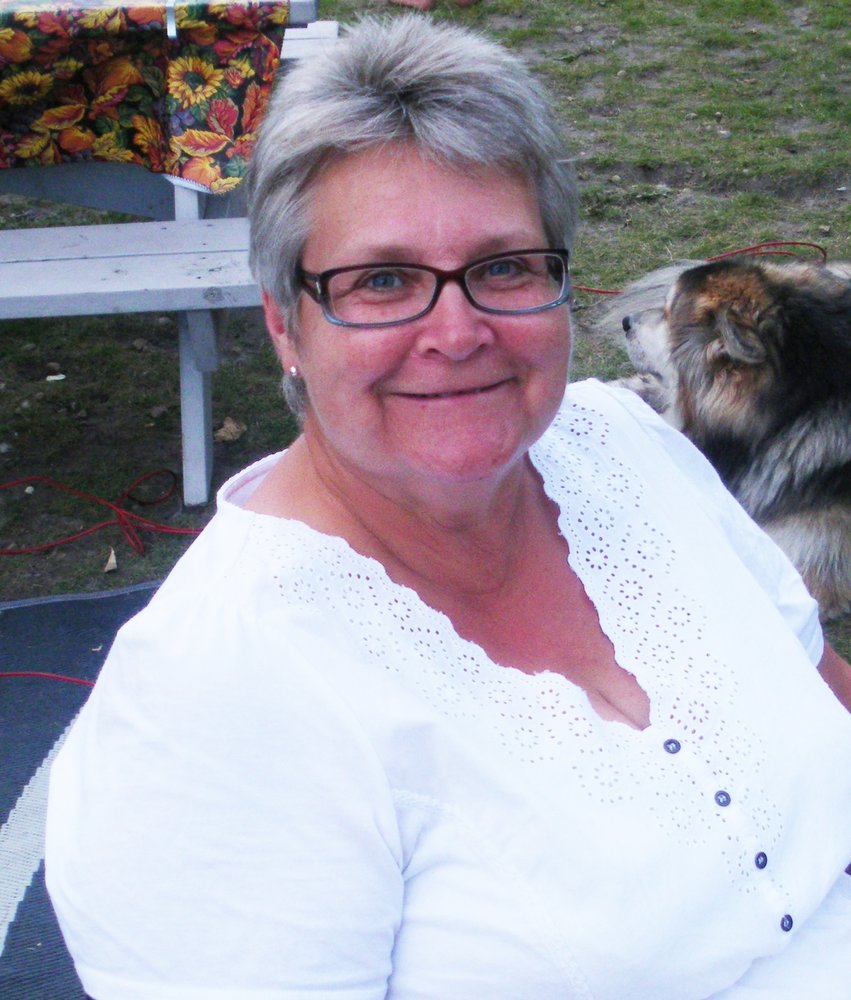 On January 21, 2019 heaven gained another angel and now Kay Levitt has reunited with her daughter after twenty years. Kay’s courage and determination displayed in her battle with cancer was an inspiration to her family and friends. Kay was a beautiful person who touched the lives of all those who had the pleasure of knowing her. She never wanted to be a burden to anyone and was always the first to step up for another.

Kay was born in Calgary on August 17, 1956 where she was raised and met John, her husband of forty-four years.  They remained there and raised their three children until they moved to Camrose in 2000, then eventually moving to Daysland in 2009.
Kay’s legacy of love will not end but flourish in the ones she leaves behind. Kay will be lovingly remembered by her husband John; son Clint (Melanie); daughter Laura (Aaron); grandchildren Kierstyn, Jordyn, Kale, Brooke and Grant; along with her sister Susan (Scott); and brothers Keith and Scott; and in-laws, nieces, nephews and family friends.
Kay was predeceased by her daughter Cheryl; and parents Holger and Marianne Storm.
If family and friends so desire, in lieu of flowers, memorial contributions in Kay’s memory may be made to rescue 100 horses foundation (rescue100horses@gmail.com).

If family and friends so desire, in lieu of flowers, memorial contributions in Kay's memory may be made to the Rescue 100 Horses Foundation (rescue100horses@gmail.com)

Share Your Memory of
Kay
Upload Your Memory View All Memories
Be the first to upload a memory!
Share A Memory
Send Flowers