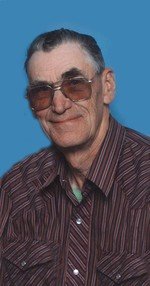 Mr. Lorne Alexander Hill of Rosalind passed away on Wednesday, April 14, 2010 at the age of 76 years. Left to cherish his memory are his loving wife Joan, his children Charles (Kathryn) Tulloch of Vauxhall, Bob (Carrie) Tulloch of Camrose, Martin Tulloch of Camrose, Kevin (Lois Laskoski) of Camrose, Marlene (Lorne) Simpkins of Sexsmith, Lois (Darrel) Van Dusen of Guelph, Bernice Boomhower (Barry Wagman)of Camrose; eighteen grandchildren; and twelve great-grandchildren. He is also survived by one brother Ed Hill of Holden and one sister Barbara Ashton of Edmonton. Lorne was predeceased by his parents and one brother Bill. Funeral services were held on Monday, April 19, 2010 at 11:00 a.m. from the Burgar Memorial Chapel with Rev. Brian Hunter officiating. Inurnment will take place in the Greenview Cemetery in Rosalind. If friends so desire memorial contributions are gratefully accepted to the charity of one's choice.

Share Your Memory of
Lorne
Upload Your Memory View All Memories
Be the first to upload a memory!
Share A Memory
Plant a Tree