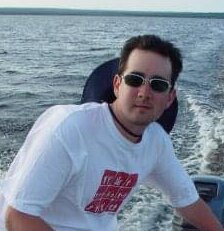 Left to cherish his memory are his wife Maria; children Keirah and Aunika; and parents Herbert and Judi Heise.

Jay was predeceased by his maternal and paternal grandparents.

No formal service will be held at this time.

Share Your Memory of
Jason
Upload Your Memory View All Memories
Be the first to upload a memory!
Share A Memory
Plant a Tree