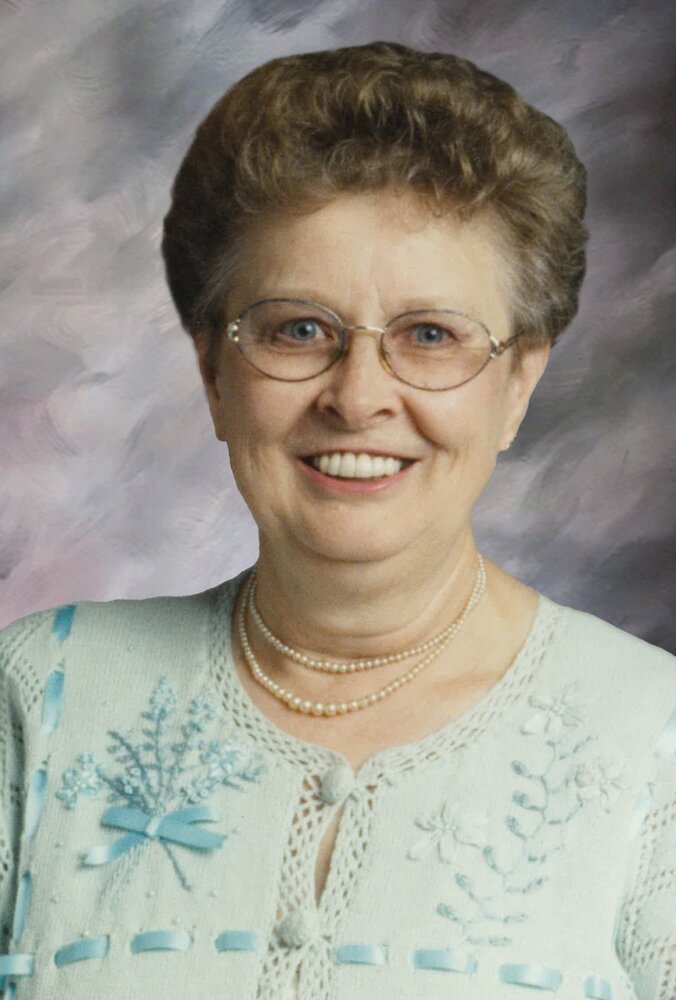 Donna Elaine Snethun of Red Deer, Alberta and formerly of Lougheed, passed away on Saturday December 17, 2022 at the age of 88 years.

Donna was born on November 24, 1934 to Hans and Myrtle Osbak in Viking Hospital, the second of four children. The family lived south of Kinsella for the first seven years of Donna’s life. They then moved to the Falla homestead north of Sedgewick, where Donna and her sisters got to watch shooting stars, northern lights and mirages from the same balcony as their mother had done as a child. Donna attended Sunday School and confirmation classes at Bethania Lutheran Church, “graduating” to LDR (Lutheran Daughters of the Reformation) and Luther League. It was at Lutheran League that she met the love of her life, Andy Snethun. They were married at Bethania on November 24th 1952. To this union four children were born, Lorna (Bill) Thompson, Elaine Tirrell, Donald (Karen Elizabeth) and Glen (Karen Jeanette). As the years passed, Donna and Andy were blessed with ten grandchildren- Shannon (Jeff) King, Jason (Shannon) Thompson, Melanie (Vic) Thompson, Darryl (Rachel) Snethun, Michelle O’Riordan, Curtis (Becky) Snethun, Nicole (Simon) Donatti, Cody (Leah) Snethun, Carter Snethun and Georgia Snethun; and fourteen great-grandchildren for Donna to love and adore.

Donna worked tirelessly at whatever was asked of her- her family, her church, her community, Ag Society, Seniors Club, Lions as well as the wider church. She gave many hours to the Lutheran ladies’ organizations, Learning Ministries of the Synod of Alberta and the Territories, and much to Donna’s amazement, she spent several years as Curriculum Consultant for the official publishing house for Lutheran churches across North America, also serving the Synod of Alberta and the Territories in this capacity. Donna was instrumental in organizing and making things happen in the Flagstaff Environment Association. She served for several years as director on the Camrose Women’s Shelter, her one aim being to increase public awareness to this necessary place in the wider community. When her goal was realized, she was happy. Donna and Andy enjoyed their summers traveling with Good Sams.

In the early ‘70s, Donna was introduced to World Book Encyclopedias. She believed that families would benefit from having this product in their homes and she did her best to spread the word. She was rewarded by wonderful trips to achievement conferences to many interesting places all over North America- Atlanta, New Orleans, Chicago, Niagara Falls, Washington, DC, as well as Banff and Lake Louise to mention a few.

Donna was always thankful to God for the full life she was granted.

Among Donna’s hobbies were playing cards, board games, reading and writing. She wrote the Lougheed News in the Community Press for thirteen years, reams of poetry, books of memoirs and bedtime stories for her great-grandchildren, as well as “designs” for Learning Ministries.

Donna couldn’t even resist writing her own obituary!

Donna was predeceased by her husband in 2007, sister Jenny Mae Tweedy and brother Andy Osbak, two sons-in-law. Besides her four children, ten grandchildren and their spouses and fourteen great-grandchildren, Donna leaves to mourn her sister Mavis (Jim) Loudon, sisters-in-law Linda Osbak, Katie Snethun, Lorraine Snethun and Wilma Snethun. She will also be missed by a wide circle of very good friends.

A memorial service will be held at Messiah Lutheran Church in Camrose. Donna’s ashes will be laid to rest beside those of her loving husband at Trinity Lutheran Church seven miles north of Lougheed.

If family and friends so desire, memorial contributions in Donna's memory may be made to the Heart & Stroke Foundation.