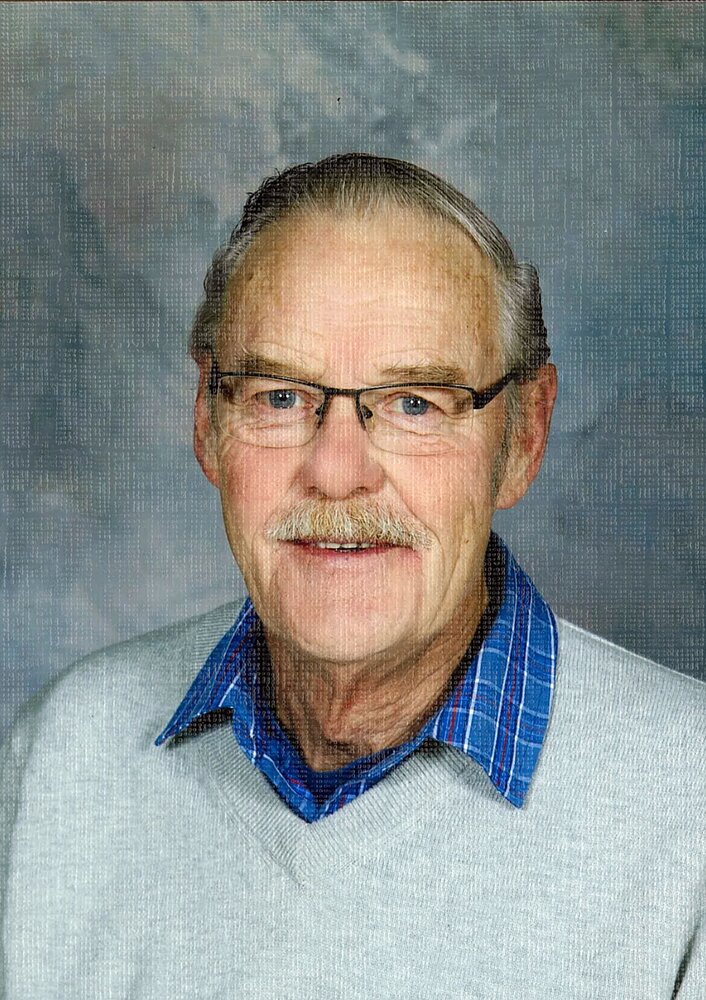 Art Reiten was born on September 20, 1943, in Camrose, Alberta. He grew up in Camrose and upon completion of high school, he embarked on an epic road trip that took a couple of friends and him all the way to Costa Rica and Panama in a Volkswagen Bus. A year after working for the Alberta Forest Service, he enrolled at SAIT in the electronic technician program. He apprenticed under Cliff MacLeod and Hal Kjelland, both men had an impact on his professional and personal life. After completion of his apprenticeship, he worked for Campbell and Brasco. After a year of working there, Art bought the business, and Reiten’s Radio and TV Centre was born.  Art was known for his customer service ensuring his customers were always well taken care of, and he was well respected within the profession. During the years that the shop was open, Art apprenticed a number of technicians.

In his youth, Art enjoyed racing stock cars and riding his motorcycles. In later years, his hobbies included fishing, camping, woodworking, chip carving, figure carving, and vehicle restoration.  In 1968, Art met the love of his life, Ann, and they married in 1969 sharing 53 wonderful years together. In 1977, Art and Ann bought a piece of bare land outside of the Camrose city limits and turned that pasture into their “acreage oasis” where they spend the rest of their married life together. He enjoyed all the yard work tasks that made the home and yard welcoming to all who came to visit.

On the acreage, Art’s love and care of animals, domestic and not quite domestic, was apparent. The farm boasted dogs, cats, rabbits, exotic chickens, and ducks. His love of the animals led him to build and name special homes for some of the farm residents. He also cared for injured and the “not so smart” wild animals that came to call the acreage their home. Travel was another enjoyment for Art. He especially enjoyed traveling to visit his family and friends in Norway and Denmark as well as visiting Ann’s family in the Netherlands.

Art was an unselfish husband, father, and grandfather.  He became a certified official/coach in both biathlon and ski jumping, sports in which Greta and Kristian competed. He cherished the time spent with family, especially his grandchildren: Robert, Katrina, and Geir. He thoroughly enjoyed picking Saskatoon berries with the grandchildren as well as teaching them other useful skills. It has been said by many, that there was nothing mechanical that he could not fix.  Art was also known as a patient teacher and there are many who have had the benefit of learning a skill or two from him.  Dad was a member of Messiah Lutheran Church for all of his 79 years and was a man of quiet but devout faith. Throughout his cancer journey, he never lost faith that God would be with him and guide him through the difficult diagnosis. He was blessed to be cared for at home by Mom with the assistance of home care for most of his journey and only spent the last few weeks under hospital care.

Art was very proud of his Scandinavian heritage and was a proud member of Sons of Norway and Torske Klubben. He was active at the Camrose Museum, the Railway Station, and with the Wednesday Workers at Messiah Lutheran Church, until his health precluded his ability to join in and help at the Railway Station and at church on Wednesdays. When his health did not allow him to undertake tasks, he continued to enjoy the coffee and fellowship with his friends at the church. Art was known for his mischievous sense of humour, quick wit, and good-natured teasing, or “ribbing” as he called it -- something that he was still doing right up until his passing.

Left to cherish Art’s memory are his wife, Ann; children Greta (Geoff) and Kristian (Jill); and his three grandchildren. He will be deeply missed. May he rest in peace and joy with God.

Ann, Greta and Kristian wish to thank all of our family, friends and neighbours who did so much to help out during the last couple of years.  A special thank you to Dr. L. Minders, the Camrose Home Care team and the staff of Unit 2 at St. Mary’s Hospital for the exceptional care they provided and for doing all that could be asked of them and more.

A Funeral Service was held at 11:00 a.m., Monday, December 19, 2022, at Messiah Lutheran Church, 4810 - 50th Street Camrose with Rev. Bev Swanson officiating. The service will be recorded, and accessible once the recording has been uploaded at the following link: https://messiahcamrose.ca/ .

If family and friends so desire, memorial contributions in Art's memory may be made to Messiah Lutheran Church, the Camrose Food Bank, or to a charity of one's choice.

Share Your Memory of
Art
Upload Your Memory View All Memories
Be the first to upload a memory!
Share A Memory
Plant a Tree