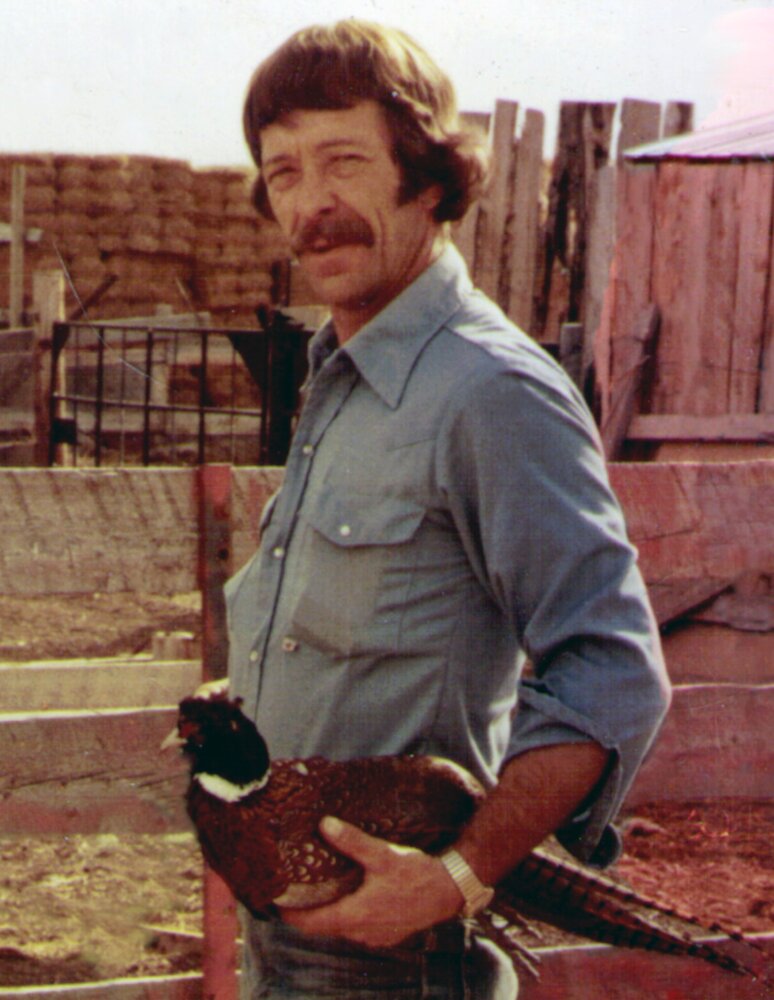 Lloyd was born in Galahad, Alberta, to Frank and Mary Badry. He grew up on a farm near Heisler, Alberta. He was known to joke and make people laugh, as he liked to make people happy. He was very talented and liked to carve and paint lawn ornaments and give them away as gifts. He loved hunting, fishing, being outdoors, and helping out on his sister’s family farm/ranch.
He used to say when things were good that it’s “Tickety Boo!” Another favorite saying was, “Pitter Patter Better Get At’r!” Anyone who phoned Lloyd, would be greeted with the following enthusiastic response, “Hello This Place!”

He always liked to dress sharp and would make little kiss curls with his hair on his forehead. Connie and Joan, his sisters would get paid five cents for shining his shoes. He loved to dance. His sister Doris appreciated his help to walk 2 1/2 miles to school in the country. She had asthma and he had the patience to wait for her until she got better.

In winter Lloyd, age 12, drove the horse with the cutter/sleigh to school with a wood-burning stove inside. One time he was driving with jam bread in one hand and horse reins in the other hand. He drove too high on one side and it tipped over. They climbed out the top and he wound up with his jam bread on his face!

He was a hard worker and worked for AGT/Telus for 25+ years. After that, he ran his own trenching and bobcat business for many years. He had a kind heart. He cleared snow for neighbours with his snow blower. Then in the recent summer, the fridge at his place, as he said, it “flew the coop.” Then quite promptly he called up the Brick to order a new one. The Brick responded by bringing him a fridge fit for a King; unfortunately, the refrigerator was rather large and produced a lot of heat. He said that “it was hotter than a firecracker.” Back to the Brick he went, and had it replaced with a smaller fridge, that he was so proud of.

A Funeral Mass was held at 11:00 a.m., Tuesday, December 20, 2022, from the St. Francis Xavier Roman Catholic Church, 3605 50 St Camrose with Father Kris Schmidt as celebrant. The service was recorded, and will be accessible once the recording has been uploaded at the following link: https://stfxcamrose.caedm.ca/.

If family and friends so desire, memorial contributions in Lloyd's memory may be made to The Camrose Open Door or to St. Francis Xavier Roman Catholic Church.

Share Your Memory of
Lloyd
Upload Your Memory View All Memories
Be the first to upload a memory!
Share A Memory
Plant a Tree