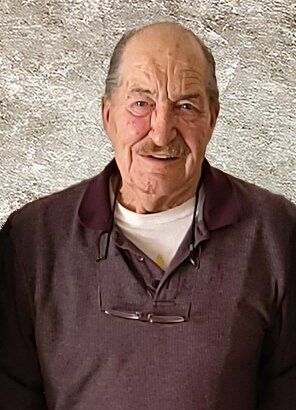 Einar Perry Fossen of Rosalind, Alberta, passed away on Tuesday, November 22, 2022, at the age of 79 years.

Einar Perry Fossen was born on September 30th, 1943 in Galahad, AB, to Einar and Rhoda Fossen. He grew up on a farm just west of Forestburg, AB. After graduation, he went to college in Vermilion for agriculture. He had several vocations in his early years from running Ankerton, working at an elevator, and a fuel dealership. During this time, he was married and had four children. In the early seventies, he bought a backhoe and became one of the best in the business. In 1993 he remarried. In 2005, he sold the business to his daughter Amber.  He then went to work for the town of Rosalind until 2018.

If family and friends so desire, memorial contributions in Einar's memory may be made to the Heart and Stroke Foundation, or to the Rosalind Elks.

Share Your Memory of
Einar
Upload Your Memory View All Memories
Be the first to upload a memory!
Share A Memory
Plant a Tree