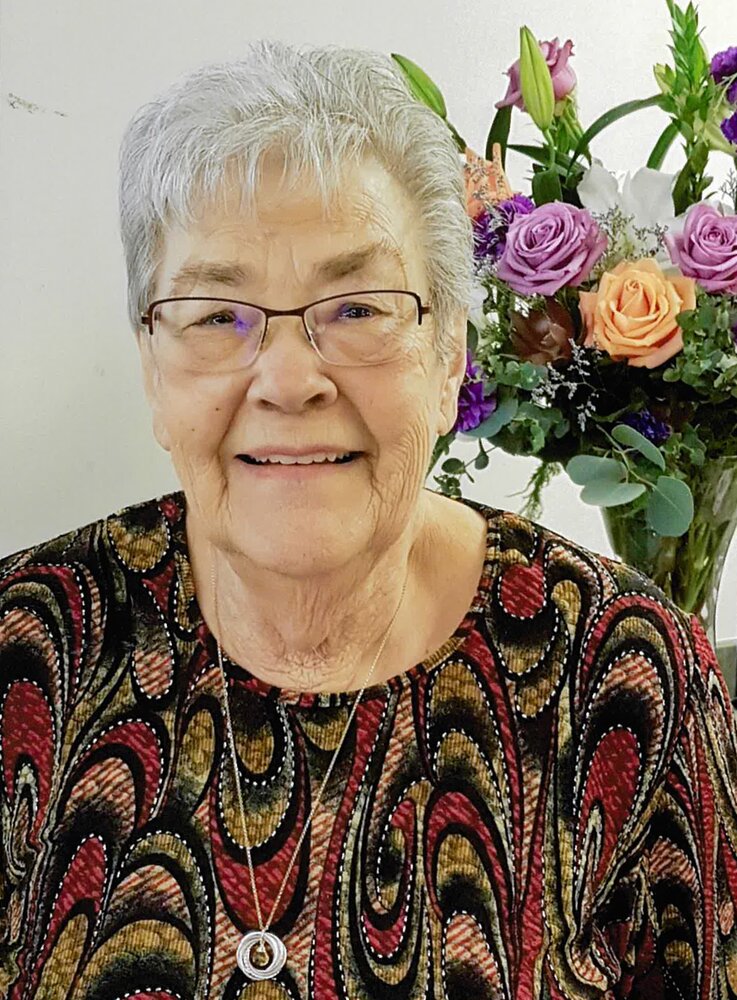 Anna Marie worked in operator services with AGT (Alberta Government Telephones) where she would have her career of 29 years.

Anna Marie met Samuel Belke through his sister, who also worked at AGT, and they married on February 7, 1959.  They raised three children (Shelley, Bradley and Rosanne) on a farm just west of Camrose.

In the summer of 1973, the family sold their farm and moved into the city of Camrose where Anna Marie continued working with AGT.  Anna Marie retired in 1987 as Manager of Operator Services in Camrose, Wetaskiwin, and Vegreville.

For 15 years after retiring Anna Marie and Sam enjoyed the winter months at their home in Yuma, Arizona. Summers were spent going back and forth between their home in Camrose and their 80 acres at south Buck Lake. Often family would get together on the weekends to enjoy snowmobiling, quadding, boating, and taking in the peace and quiet of acreage life… lots of area for grandchildren to run and run and run. Anna Marie enjoyed planting her vegetable garden and flower beds.

Anna Marie enjoyed crocheting many doilies and afghans as keepsakes that will obviously be handed down through generations to remind family of the love of giving.

Anna Marie and Sam celebrated their 50th Anniversary in February of 2009 and just one month later Anna Marie lost her husband suddenly to a heart attack.

Anna Marie very much enjoyed seeing and spending time with her four wonderful grandchildren and her five great-grandchildren. She was our pillar. She gave us direction, strength & hope. She taught us kindness and kept a strong connection to the family through texting, email, phone calls and FaceTime calls.

A Celebration of Life will be held at a later date.

If family and friends so desire, memorial contributions in Anna Marie's memory may be made to the charity of one's choi ce.

Share Your Memory of
Anna Marie
Upload Your Memory View All Memories
Be the first to upload a memory!
Share A Memory
Plant a Tree