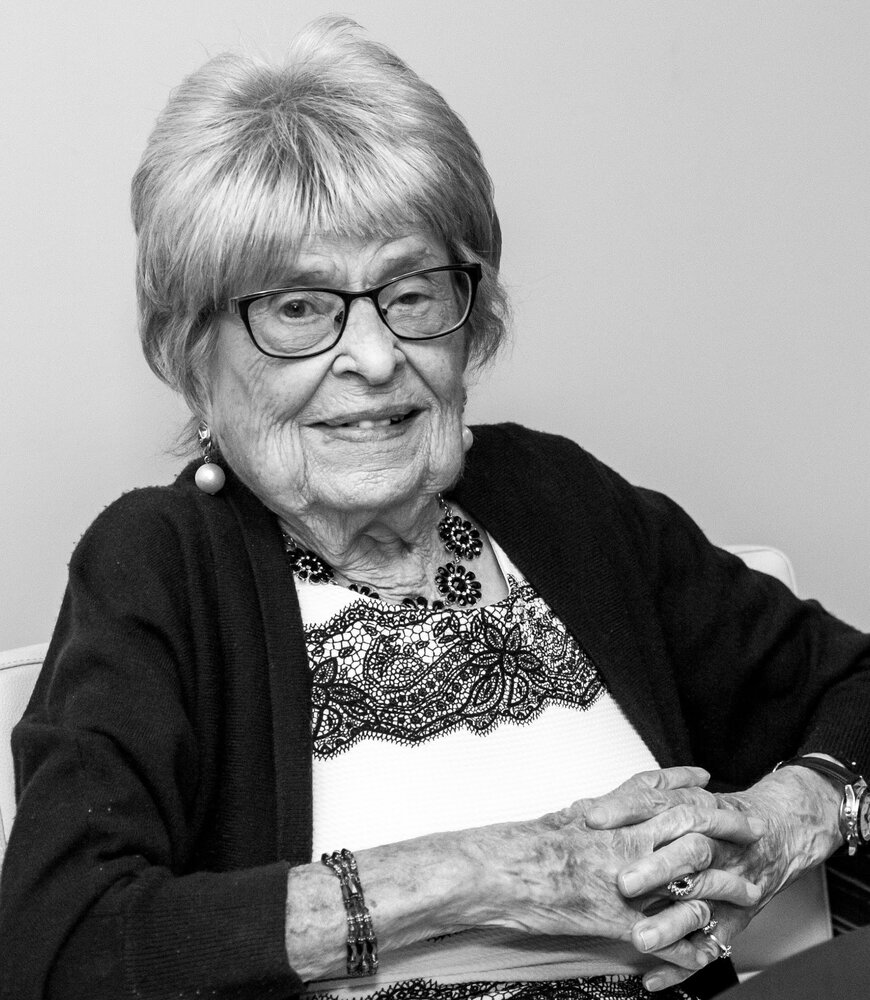 Alice Willisko of Camrose, Alberta, passed away on Tuesday, October 4, 2022, at the age of 99 years.

Alice started her life Oct. 6, 1922 in Spedden, Alberta with her parents Charlie and Annie Meketsell.  She grew up on a farm south of Hay Lakes and attended school in Big Hay Lake but did not go past grade eight.

On June 21, 1943 she married Dave Willisko.  They moved to Round Hill and lived there for three years before moving to a farm in Armena.  It was there that they started their family.

In 1967 they left behind the farming life, and Alice’s beloved cows, moving their family to the big city of Camrose.  In Camrose she continued her passion for feeding people by working as a waitress in various restaurants before retiring from Bonos restaurant.

Alice was a member of many groups while in Camrose such as the CWL, the Legion, and the Moose Lodge.  In her later life, she felt called by God to offer company, food, and comfort to her less mobile and sick friends

Left to cherish her memory are her daughter Darlene Willisko of Edmonton;  granddaughter Carmen Sweet of Calgary; and four great-grandchildren.

A funeral service was held at 1:00 p.m., Wednesday, October 12, 2022, from the St. Francis Xavier Roman Catholic Church, 3605 50 St Camrose, with celebrant Father Kris Schmidt. The service was live-streamed, recorded, and accessible at the following link: https://stfxcamrose.caedm.ca/. Interment was held at the Camrose Valleyview Cemetery.

If family and friends so desire, memorial contributions in Alice's memory may be made to the  Stollery Children's Hospital.

Share Your Memory of
Alice
Upload Your Memory View All Memories
Be the first to upload a memory!
Share A Memory
Plant a Tree