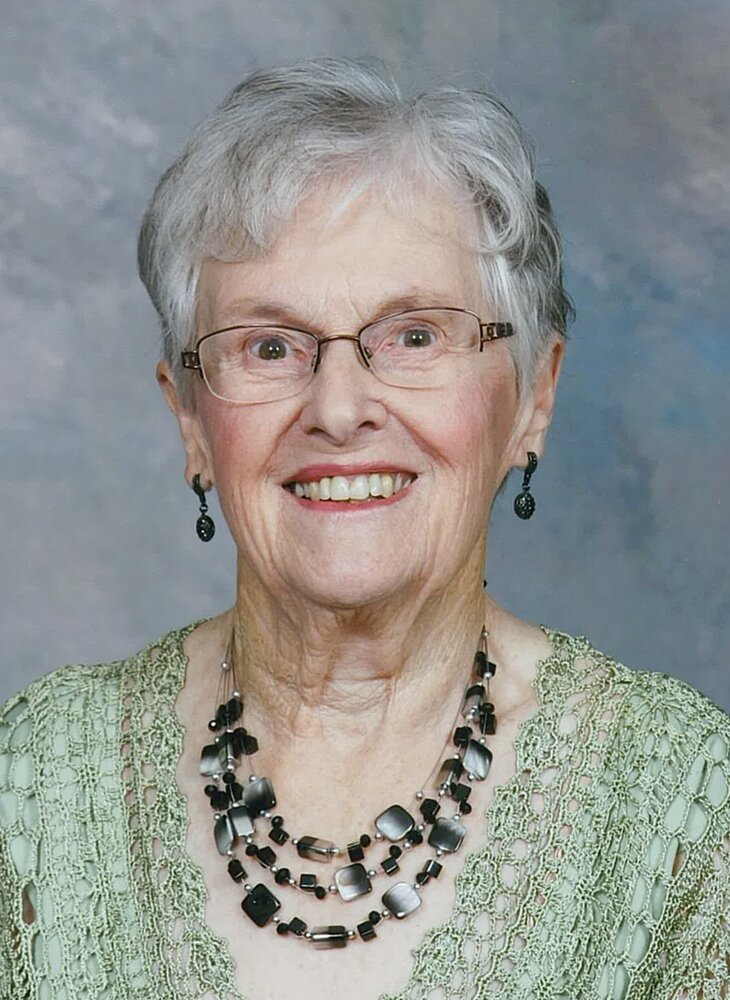 Maxine Mabel Badry (Brandt) born to Bert and Audrey Brandt on June 11, 1932, died peacefully on September 11, 2022. Maxine was the eldest of three and grew up in Camrose. It was there she met the love of her life, Victor Badry, whom she married on June 22, 1953. In 1959 they moved to Heisler area and in 1965 moved onto the Badry farm. This is where they raised their five children; Leanne, Shara-Lynn, Laurel, Shawn, and Lee.

Maxine loved gardening, her flowers, and her yard. She was that farm wife that did so much for family, was involved in the farming, cleaning, and delivering of eggs when they had chickens, and drove the combine during harvest.

She and Victor enjoyed camping and fishing well into their retirement years. Maxine loved crafts, and had a passion for knitting and ceramics, and spending time out at her seasonal trailer site. Active in her community, she was a 60-year member of the church CWL, involved with the Senior’s Club, and was the Heisler correspondent for the Community Press for many years.

What brought Maxine the most joy was spending time with her family. She delighted in family gatherings and often remarked about how proud she was of her entire family.
After Victors passing in April of 2014, Maxine remained in Heisler until October of 2021 when she moved to Providence Place in Daysland. There she was able to socialize more and participate in their many activities. At a healthy 90 years of age, Maxine spent this past summer camping at her seasonal site; determined to take part in the things that brought her the most joy!

If family and friends so desire, memorial contributions in Maxine's memory may be made to St. Martin Roman Catholic Cemetery, or to Providence Place, Daysland.

Share Your Memory of
Maxine
Upload Your Memory View All Memories
Be the first to upload a memory!
Share A Memory
Plant a Tree