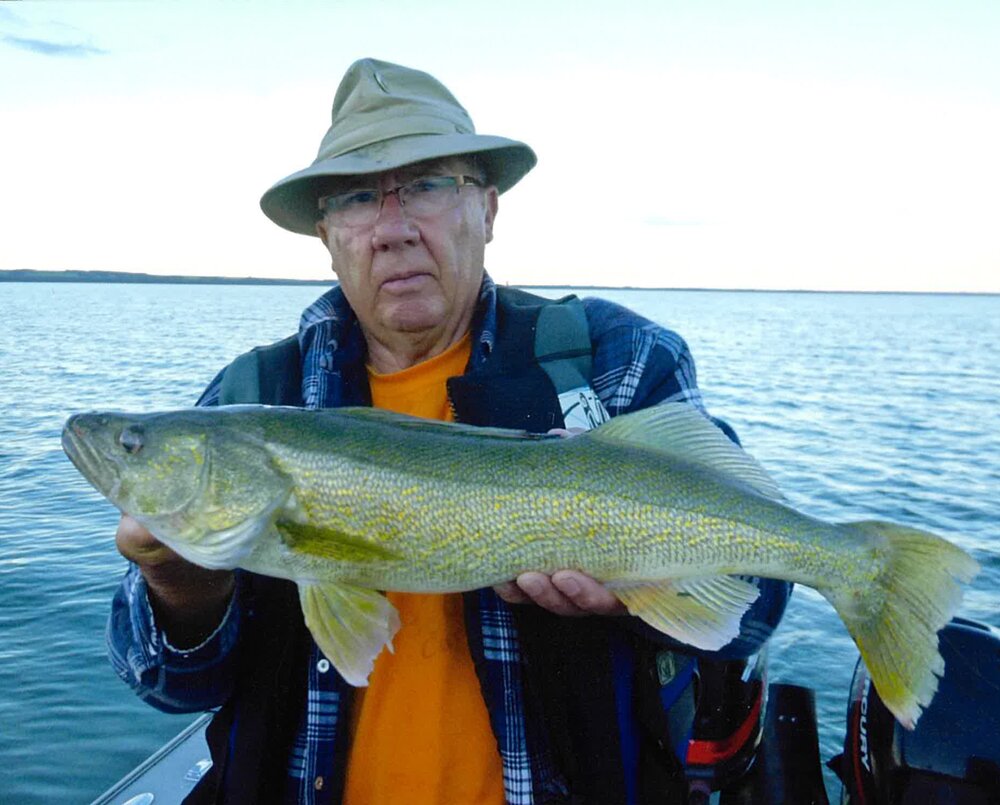 Tom Blake, beloved husband, father, grandfather, and great grandfather, passed away at the Daysland Health Care Centre on August 25th, 2022 at the age of 81 years.
Tommy is the oldest son of Jock and Minnie Blake. He was born in Daysland on November 26th, 1940. Tommy took his early schooling at Bateman. He had to travel three and half miles to school each day, in all kinds of weather. His faithful companion, his horse Sylvia, always seemed to get him there on time.
The big event of the year was the Christmas concert in which everyone took part. Tommy could still remember his first recitation:
Trim the tree with tinsel bright
For Santa Clause to come tonight
He’ll not forget you, never fear
Merry Christmas and a Happy New Year
In 1954 Bateman School was closed and the children bussed into Daysland. Tommy had previously spent a year at school in town, living with his grandparents, so he didn’t find the adjustment too bad.
At a very early age, Tommy learned to play the drums. The first time he played in a parade with the Daysland Pipe band, someone had to walk alongside of him and carry his drums – he was that small.
After getting out of school, Tommy helped with farming at home. He got his welding certificate in 1960 and worked in the Consort area for a short time. In 1961, Tom bought the Mel Graham farm, north of Strome, along Wavy Lake.
He grain farmed and raised Aberdeen Angus Cattle. His favourite time of year was spring when the newborn calves arrived.

A graveside service was held at 11:00 a.m., Wednesday, August 31, 2022 at the Daysland Cemetery.  Family and friends are invited to join the family for fellowship and refreshments

following the service at the Drop-In Centre, Daysland.

If family and friends so desire, memorial contributions in Tommy's memory may be made to STARS as well as Daysland Health Centre.