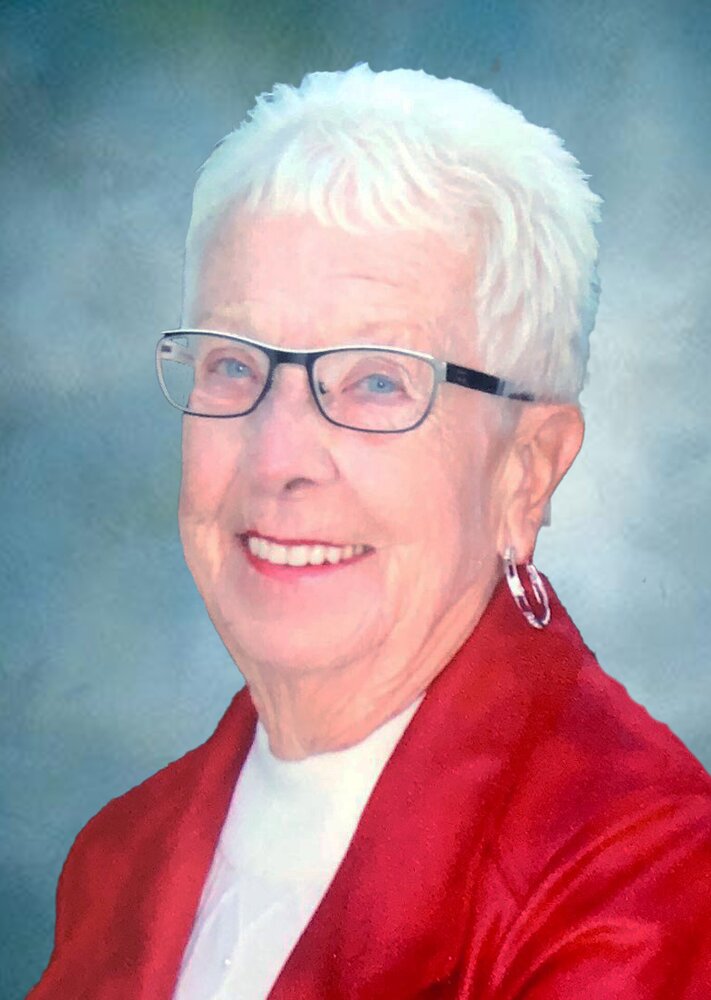 Doris Lucille Fraser was born March 30, 1940 in Wetaskiwin to Henry and Lydia Freiman. Doris passed away at St. Mary’s Hospital in Camrose on August 25,2022.

She grew up with her parents and siblings on the family farm west of Wetaskiwin. She attended the one-room Big Stone School from grades one to eight. Doris attended Camp Centre School for grade nine, then went onto Wetaskiwin High School where she graduated in 1958. While growing up, Doris was a member of a 4H clothing club, had a love for horses, and took part in gymkhanas.

Shortly after graduating from high school, she started working for AGT as an operator in Wetaskiwin. She met and married her loving husband of 62 years, Wayne Fraser on March 4, 1960 and they had three sons, Kevin, Blaine and Darren. Wayne and Doris were passionate about stock car racing with their sons taking part as the pit crew. While Doris supported her husband’s hobby, she also drove in stock car races and won several races and trophies. In 1973, Doris, Wayne, and the three boys moved to Camrose where she worked for AGT until her retirement in the mid-1990s.

Doris was a great supporter and cheerleader for her sons and for youth sports. She was on the executive of the Camrose Minor Hockey Association and attended all of her sons’ hockey and ball games. She went to as many of her grandson’s hockey, football, and lacrosse games she could. Doris and Wayne, in the last few years, could be counted on to be on the sidelines cheering on Darren’s ball games as well. Another passion of Doris’s was doing crafts. She always seemed to have some project on the go. She loved to sew, crochet, putting together photo albums, and scrapbooking. Flowers were another passion. She took great pride in the flowers and plants she and Wayne grew in their garden. She also loved having flowers in her home.

Doris was a people person. She billeted several young hockey players who came from Sweden and the Czech Republic when they came to Camrose to play in the Viking Cup. Some of those players went on to have careers in the NHL. Many of them have still kept in touch with Doris and Wayne.
Doris will be lovingly remembered by her husband Wayne; sons Kevin (Joanne), Blaine (Vivian), and Darren; grandchildren Ashley (James), Garrett, Dillon, and Brandon; and great-granddaughter Sawyer; as well as numerous nieces and nephews.

Doris was predeceased by her parents, Henry & Lydia Freiman; an infant sister Gladys; and her brother Alvin.

If family and friends so desire, memorial contributions in Doris's memory may be made to the Alberta Diabetes Foundation, to the Brightview Cemetery, or to KidSport Camrose.

Share Your Memory of
Doris
Upload Your Memory View All Memories
Be the first to upload a memory!
Share A Memory
Plant a Tree