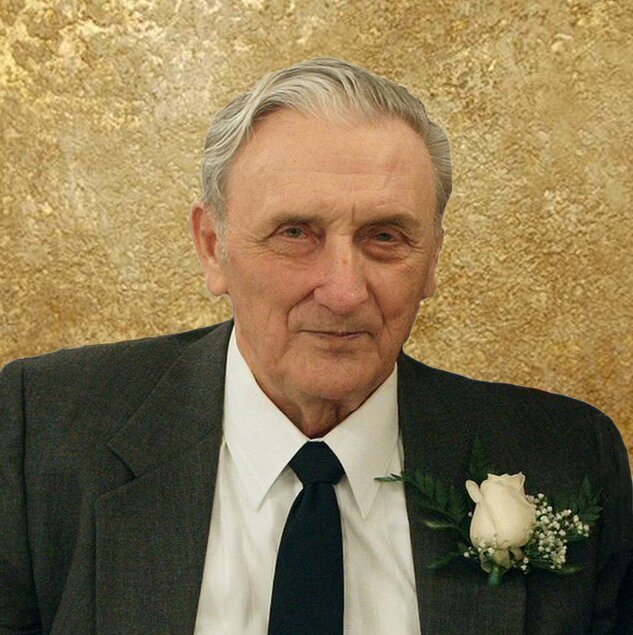 Tom Nahirniak of Round Hill, Alberta passed away on August 23rd, 2022.  Tom was born on April 2nd, 1936, on Grandpa and Grandma Nahirniak’s homestead, with his grandma Albina serving as the midwife.  He attended Meldal school until grade 8, then transferred to Ryley High School for grades 9-12, finishing in 1954.  In his youth, he was a member of St. Basil’s choir, the Edmonton Ukrainian Catholic Youth club, and the Round Hill Cubs & Scouts troop. He worked in Edmonton between 1957 and 1975 as a journeyman carpenter doing construction, welding, and electrical wiring.
Tom married Cathi Fraser from Bo’Ness, Scotland on October 18th, 1969. Tom and Cathi moved out to the farm full time in 1975, and raised their family there until Tom’s health required them to move into Camrose in 2010. He was very proud of all of his family and their accomplishments but was especially close to his six grandchildren: Jaron Zemlak, Laraya (Ryan) McLean, Cayden Zemlak, Janae Zemlak, Kiara Crossley and Ainsley Crossley.
As well as being a farmer and a Battleford Trail Land Agent, Tom was an active volunteer on committees.  He was a founder (1974) and lifetime member of Round Hill Dodds Society, the secretary of Alberta Surface Rights Federation for 20 years, the president of Battleford Trail Surface Rights Association, a director of the Round Hill Ag Society, a director of the Round Hill Crime Watch, a member on the Committee for Land Reclamation, and was involved with both the local and district arms of Unifarm.
He was also a member of the Round Hill History Book Society from 1980 until his death.  His involvement with the original history book prompted his love for genealogy.  Over the last several years, he was happiest when working on the second edition update, providing advice for building garages and shops to his family, driving out to check crops or spending time with his family. When Tom was moved into Bethany Meadows in March of 2022, the first thing he asked every staff member was whether or not they were from Round Hill.  Anyone who answered with any sort of association to the area, was then reminded that a history was required.
At the time of his passing, he leaves to mourn: his wife Cathi; his children Susan (Danny), Grant (Laurie) and Trisha (Carl); his grandchildren; three sisters, Janice Paulson, Marica Nahirniak and Arlene (Ed) Feschuk; one brother, Harvey (Marj) Nahirniak; two brothers in law, Gib (Dot) Fraser and Gordon Fraser; and numerous nieces, nephews, great nieces. great nephews and many friends.  He was predeceased by his parents, Jack and Kay Nahirniak; his infant sister, Bernice; his premature infant daughter, Tara; Cath’s sister in law, Christine Fraser; and his brother in law, Leroy Paulson.

A Funeral Mass was held at 11:00 a.m., Wednesday, August 31, 2022 at St. Francis Xavier Roman Catholic Church, 3605 50 St Camrose with Father Kris Schmidt as celebrant.  The service will be live-streamed and accessible at the following link: https://stfxcamrose.caedm.ca/.

If family and friends so desire, memorial contributions in Tom's memory may be made to Alberta Lung Association.