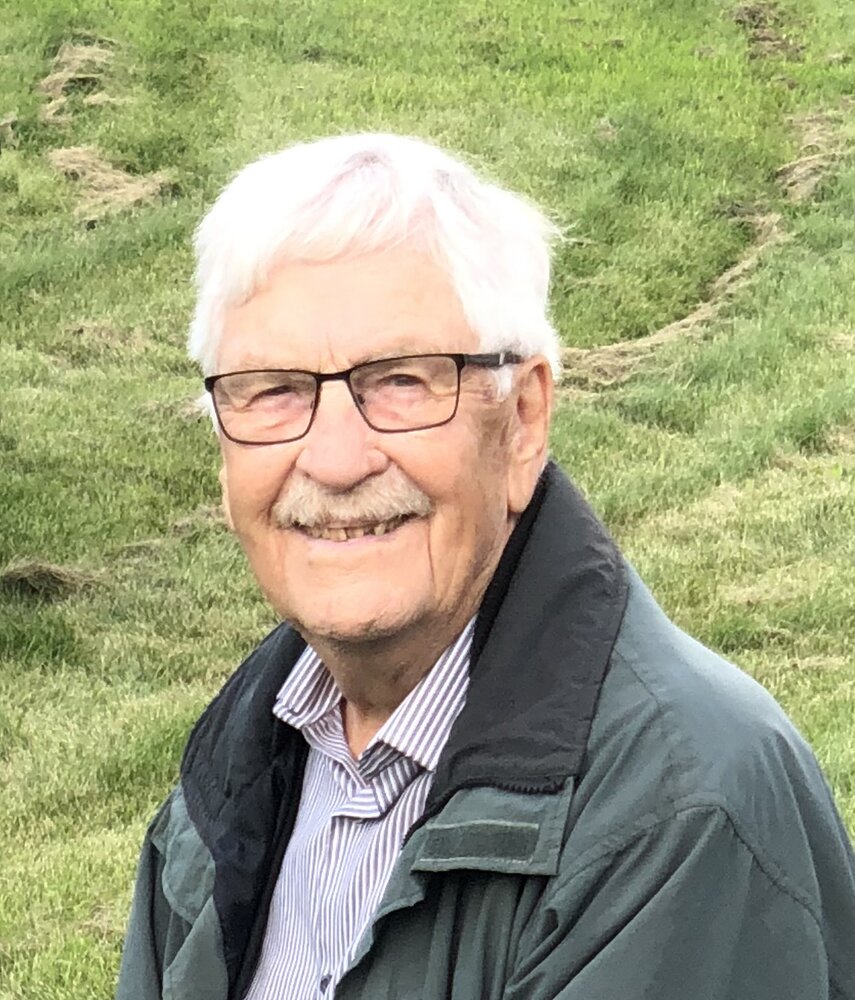 Gordon Franklin Retzlaff of Saskatoon, SK, passed away peacefully with his family by his side on Sunday, July 17th, 2022 at the age of 93 years.  Gordon was born in Lashburn, Saskatchewan on February 13th, 1929 to Adolph and Emilia Retzlaff.  He had four brothers and 6 sisters.

Gordon lived a long, full life.  He was a farmer first and worked on the family farm in Lashburn until his late twenties where he learned the value of hard work, commitment, and discipline.  He moved to Saskatoon where he met his wife of 55 years, Scheila Moen.  They married on October 1st, 1966, and had two daughters Janet (Stout) and Nancy.

In Saskatoon, Gordon was an extraordinary salesman and enjoyed a rewarding and successful 25+ year career at Ens Toyota.  Still, he loved farming and enjoyed lending a hand at the Moen family farm in Elrose, Saskatchewan.  He transferred his farming skills into gardening and landscaping during his retirement years.  He took pride in having a well-kept lawn and garden and was known for having a beautiful yard on Morgan Avenue.  He fell in love with standardbred horse racing when his daughter Janet married Doug Stout.  He loved the horses and the racetrack and would light up whenever he was around them.

In 2019, Gordon and Scheila moved from Saskatoon to Camrose, Alberta to be closer to family and the racehorses.   There he enjoyed many a backyard BBQ at his grandson Derek’s house and day trips to the racetrack.

Gordon was always up for a party, loved to tell a good joke, and enjoyed having drinks with family and friends.  He was known for being dapper in both his early and later years, always sporting a neatly trimmed mustache, stylish haircut, and twinkle in his eye.  He was a kindhearted, generous man who would do anything for his friends and family.  Above all, he was an exceptional husband, dad, and grandad.  We will cherish our memories of him and carry on his legacy by living our lives to the fullest.

He is survived by his wife Scheila, daughters Janet (Doug) Stout and Nancy Retzlaff, grandson Derek Stout and numerous nieces and nephews.  He was predeceased by his parents Adolph and Emilia, four brothers and six sisters.

A private service and celebration of Gordon’s life will be held at a later date.

Memorial donations are gratefully accepted by the Canadian Cancer Society.